Stag has been in and out of juvie for years, but now he’s determined to keep his nose clean… or as clean as the Road Captain for the Fury Vipers MC can be.

He’s found a brotherhood, one that he’ll protect until his dying breath.

Then he sees her and his plans go up in smoke.

An accident destroyed everything. Kinsley’s life is now her own personal hell.

Having to pay for the mistake that she made, Kinsley’s now bound to a man that makes her skin crawl.

She has no other options and eventually she learns that life isn’t a fairytale.

Then she meets Stag and he has her dreaming of a life that’s without pain.

But Kinsley knows that for her, there’s no escaping the crumbling castle that she’s been locked away in.

Not if she doesn’t want anyone else that she loves to be hurt.

A story full of deceit, betrayal, tragedy, and finding happiness despite all the pain.

Kinsley should be protected at all costs, she’s that important to the club, but when she’s betrayed and put in danger, she doesn’t see any light at the end of the tunnel for herself. The pain and suffering she endures is tragic, and she never should have been put in the position she’s in.

Stag has been in and out of juvie for years, now that he’s an adult, he’s spent time in prison and has gained his freedom. Now he’s looking for a place to land. When he steps in to help a man in a bar, his life finds purpose and a place to land. He finds his way to the Fury Vipers MC and a family in the process.

I loved this story of Stag and Kinsley. The Fury Vipers MC are a group of men that are mostly loyal, with a few bad seeds in the mix. When the betrayer is someone that is respected and looked up, it is so much worse. This story had so many emotional parts to it and I fell in love with the Fury Vipers at the end of the book. These men will fight to keep those they call family and love protected and safe at all costs. They aren’t afraid to stand up to those that have betrayed them or showed disrespect to them. I loved this first story to the Fury Vipers MC and as usual with Brooke Summers’ characters, her heroine is a strong, beautiful woman that has survived the worst betrayal and tragedy for a young woman. I loved that she was able to find her happiness and safely find her way back to her family. I give this book a 5-star review and I am looking forward to Mayhem’s story. Brooke Summers knows how to write bada** women that are strong, beautiful and powerful in their own way. 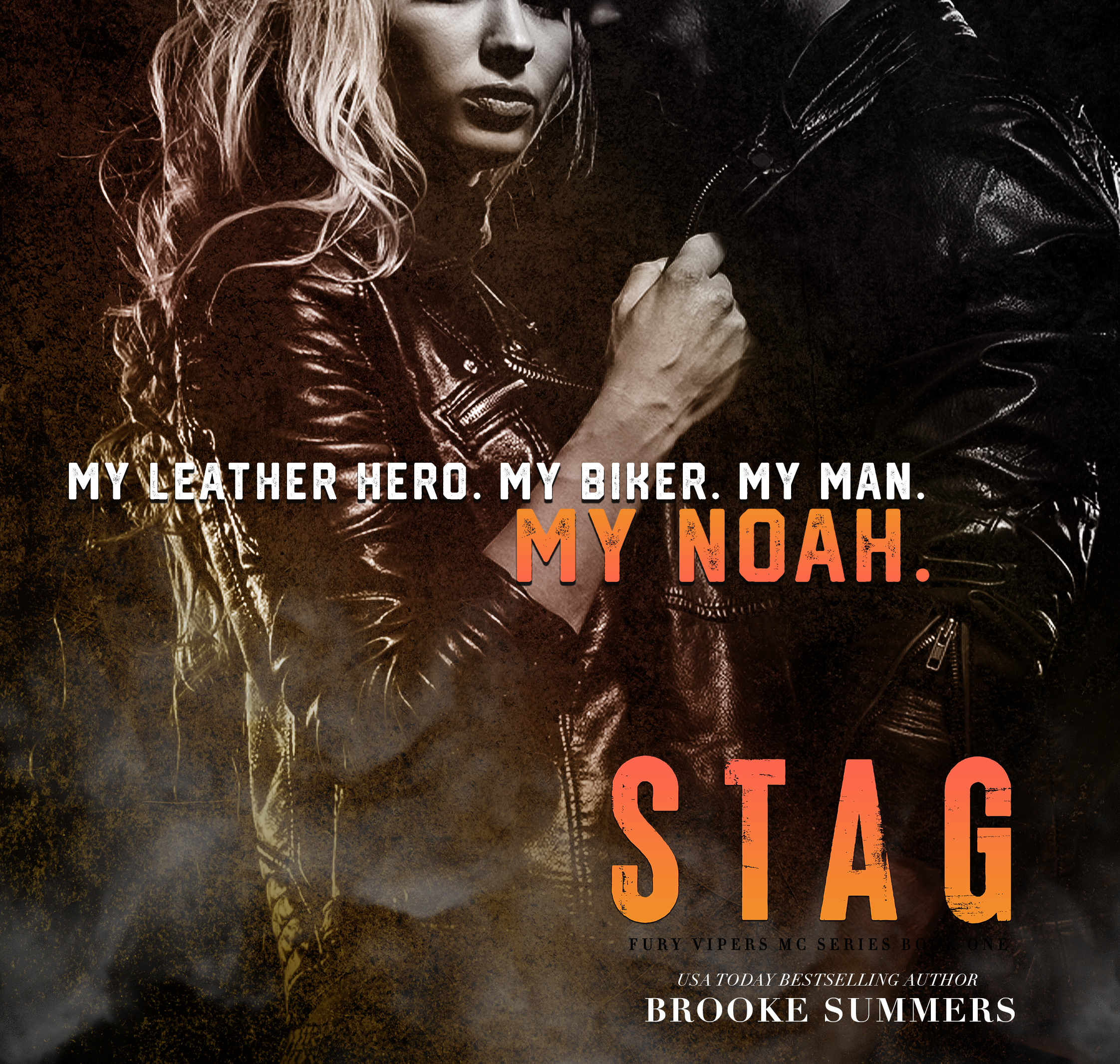