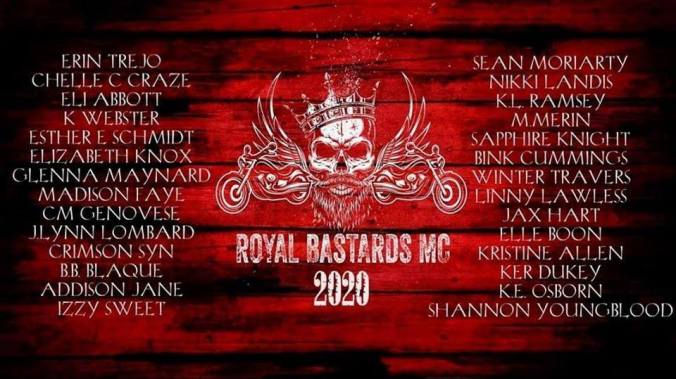 Logan Savage joined the Air Force right out of high school and after the death of his mother, his only remaining relative was his older sister and she couldn’t talk him out of it. He served until he was honorably discharged after his chopper went down and he was injured. Now, he’s a scientist working for the Government, owns a bar, and is the president of the Savage Hell MC, a chapter of the Royal Bastards MC.

Bowie Wolfe is in the Army and has been watching Savage for about a week now trying to get up the courage to talk to him.

Dallas is a woman that went out with Savage for about a month, until he hightailed it and never spoke to her again. She was hurt and angry with him for how he treated her. When she sees him out at a bar almost a year later, she can’t keep the anger at bay and gives him the evil eye.

I liked this story. It has some danger, a lot of heat, and an MC that is family and has each-others backs. It also has a rival MC that causes them trouble and tries to take what they believe to be theirs but never was. I give the story a 4-star review. If you like MC’s, age difference relationships and non-traditional relationships, you should read Savage Heat. I look forward to the next story Roadkill.