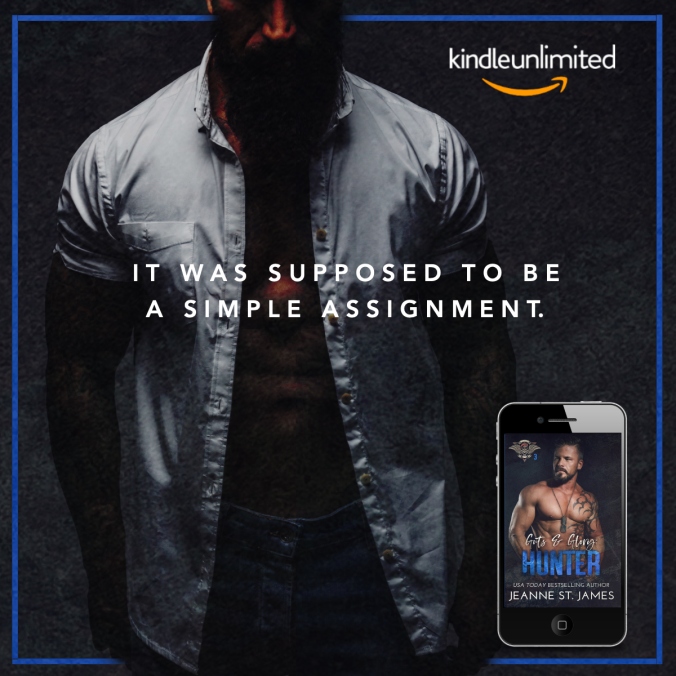 When a simple assignment becomes a whole lot more…

For Hunter, what should be an easy job of finding another veteran’s long-lost brother has turned up nothing but dead ends. Even worse, it uncovered problems his team thought had long since been buried. Down to his last lead, he tracks down a woman who has his protective instincts kicking in for reasons he can’t fully understand. While her expressive dark eyes and generous curves catch his attention, it’s her fiery temper that holds it.

Back in her hometown, hiding from a man who almost destroyed her life, Frankie’s thrown off guard when a bossy bearded stranger shows up looking for information on the biker she’d rather forget. And he’s not taking no for an answer. With more to protect than herself now, she knows firsthand what can happen when you place your trust in the wrong person, but something about the former Green Beret has her not only letting him into her home but also her heart.

Hunter’s determined to complete his mission and keep Frankie safe—no matter the cost. Though he didn’t expect that cost to also involve his heart.

Note: Hunter is the third book of the Guts & Glory series, a six-book spin-off from my Dirty Angels MC series. While it’s recommended to read both series in order, each book can be read as a stand-alone. As with all my books, this has an HEA, no cliffhanger or cheating.