★★★★★ Amazon Review – “Another fun book! Giula writes wonderful characters, always about a bubble off a plumb!” 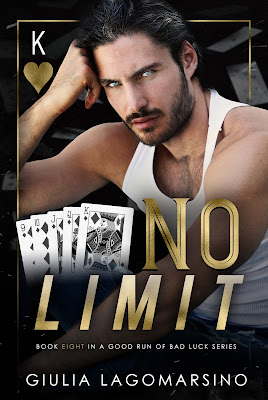 Her tire was low, so I followed her.
And when Jack didn’t check up on her, I followed her again.
I also ran into her at the grocery store.
I’m not a stalker.
I take my job as a police officer seriously, and that includes protecting citizens when they don’t see the danger.
I just never thought I would be called out in front of her, or require her services after an injury. I also never thought I would fall for her. But the game has No Limit and I’m all in. 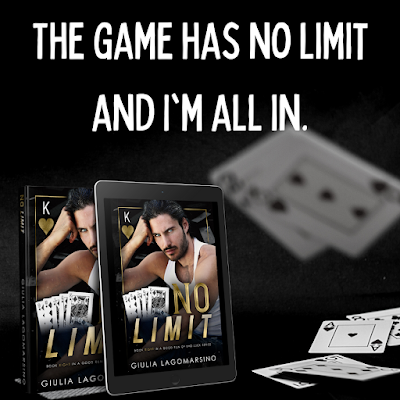 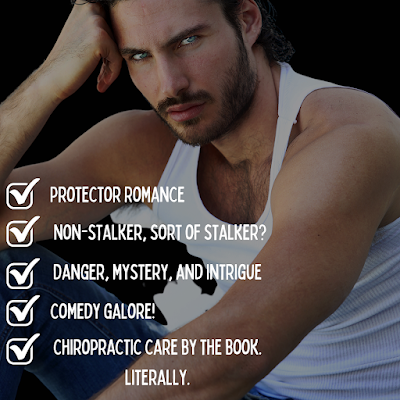 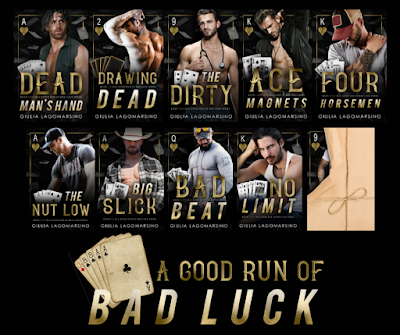 Tyler Sharpe is a man with a secret, and only two people know that secret. One is his best friend Penny, and the other is boss, but neither one would betray his trust. Now that secret could come to light because Tyler’s met someone that he wants to spend the rest of his life with, but he will have to come clean and tell her who he is before they can become more.

Summer is a woman that wants to believe she’s strong and dependent, but in reality, she’s watched too many scary movies and watched too many crime shows. Her imagination runs wild with her, and she calls her father a lot to tell him something else that has happened to her, but he just listens and tells her that everything is fine. However, the one day that she called him and told him that a man followed her home and then knocked on her door, she was sure that he would help her out, but he was in Florida, so she was on her own. He did suggest that Summer get a roommate though and maybe she wouldn’t be so afraid all the time.

I love these books and characters. Tyler is the roommate of Penny and Nathan, and Penny’s best friend. When she wanted to one up Nathan, she convinced Tyler to move into their house with them. Which created a great story. Tyler is a sheriff and a protector by nature. When he believes that Summer is in danger, he decides to follow her home to tell her that she needs to keep an eye on her tire and put some air into it, but his intentions only created Summer’s overactive imagination to go wild. However, just because someone is paranoid, it does not always mean that there is not out to get them. This story was funny and heart wrenching. Tyler couldn’t let go of his past and the tragedy that his childhood became, and when he finally gets to put it to rest, more tragedy struck. Tyler and Summer are a great couple, and their story has a lot of funny moments. Summer’s. As with all of the A Good Run of Bad Luck, books, I loved this one and can’t wait to read more. I hate to see it end! I give this book a 5-star review and will be waiting to read the next book.