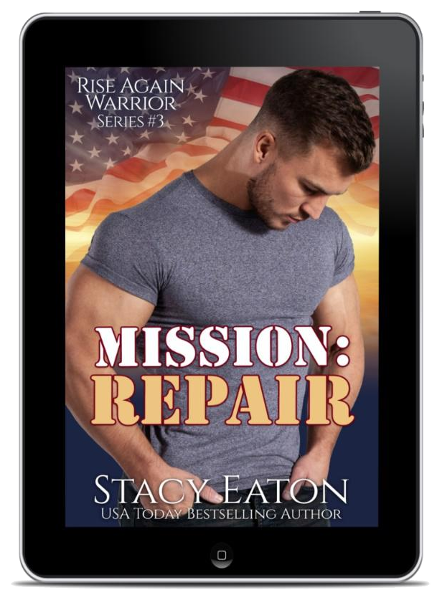 “Ms. Eaton takes on a subject that most people overlook. The trials and turmoil that our wounded men and women face when they return home from war.”
Technical Sergeant Brady Vanover had a solid career in the United States Air Force, along with a loving wife, and two young children. Everything was his for the taking, but after a non-life-threatening injury on deployment, Brady is for the first time unsure of his future.
Brady continues to struggle with his pain, fight the system, and figure out where his life will go now. With anger issues growing and his need to self-medicate with alcohol and pain medication, Brady finds himself teetering on the edge of losing himself and his family.
With the help of the Rise Again Warrior organization, Brady will have to work hard to repair what he has damaged, both mentally and physically.
IMPORTANT NOTE: This book deals with the intense emotions surrounding PTSD, TBI’s, Depression and Suicide. It can be difficult for a reader to read if they know someone battling, or who has lost the battle with such things.
The Rise Again Warrior Series is an intense and emotional journey through the lives of many service members, their families, and their friends. Focusing on the trials that they face after wartime is over, and they have returned home to a nation that sometimes seems to have forgotten what they were fighting for, and what all of these people sacrificed in the name of Honor & Duty.
Add to Goodreads
Amazon * iBooks * B&N * Google * Kobo
Coming to audio later this summer! 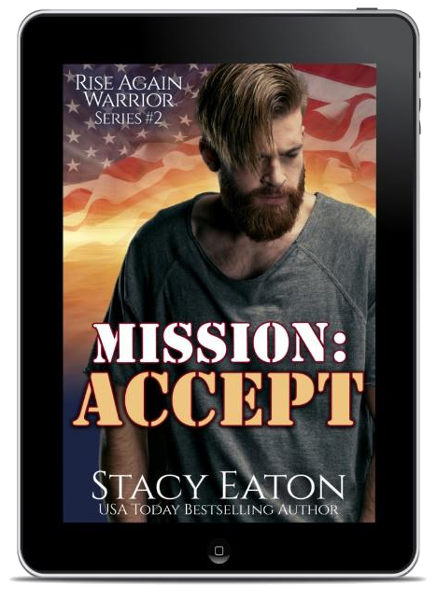 Dana Donahue might be Shane Logan’s cousin, but she’s nothing like him—she’s quite the opposite of him. Her thoughts focus on what money and people can do for her. She never approved of Shane joining the military and knows little about the world he has lived in for most of his life. All that will change when she has to ask him for a job after her father cuts her off.
Derek Stall lives on the streets by choice—not circumstance. Memories of what he did under order sometimes haunt him, other times give him the strength to move through one more day until he can finish the mission he started.
A chance meeting between Dana and Derek will lead to an unlikely friendship that might just save his life, but the drastic differences between them could be the dividing wedge that keeps them apart.
When Derek feels he has to leave Rise Again Warrior to complete his mission, he begins to realize that he could be leaving behind more than just a few friends. Could he be leaving behind the possibility of a healthy future before he finally accepts his past?
Add to Goodreads
Amazon * iBooks * B&N * Google * Kobo
Audible * iTunes 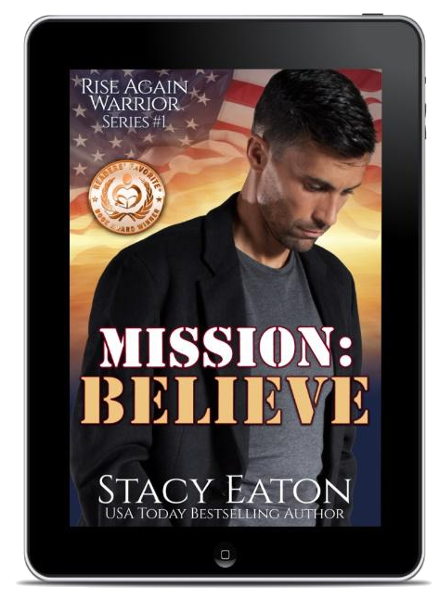 Mission: Believe, Bronze Star Winner, Readers Favorite Awards, 2020
Staff Sgt. Shane Logan is lucky to have come from a privileged family, and after losing both of his legs in the war, he now has the best prosthetics that money can buy. While he is trying to move forward with life, he struggles with the past and the way people react to him and his disability.
Dr. Lauren Falcone works tirelessly to help veterans deal with the trauma and pain of their deployments. Her unique virtual approach to therapy keeps her busy, and the assistance she provides to service members as they recover mentally helps her resolve her own anxieties.
When Shane meets Lauren at a fundraiser for his father’s organization, he wonders if there just might be a chance for him to get his dream off the ground and maybe find a normal life with someone who can look past his flaws and see the man he is inside.
Shane and Lauren are drawn to each other by their hope to make life easier for veterans, both physically and emotionally. Their goal is to build Shane’s dream organization, Rise Again Warrior, that will assist veterans to integrate more easily into society and have the opportunity to receive state-of-the-art technology and therapy.
Now, if they can only have faith in themselves, learn to deal with their own demons, and believe in each other, they might find a way to bring this dream to fruition.
Add to Goodreads
Amazon * iBooks * B&N * Google * Kobo
Audible * iTunes

Stacy Eaton is a USA Today Bestselling author and began her writing career in October of 2010. Stacy took early retirement from law enforcement after over fifteen years of service in 2016 due to a second serious concussion. Her last three years on the job were in investigations and crime scene investigation. She now writes full-time.
Stacy resides in southeastern Pennsylvania with her husband, who works in law enforcement, and her teen daughter. Stacy also has a son who is currently serving in the United States Navy.
Stacy writes a variety of genre’s, but mostly romance. Her favorites series to write is the Rise Again Warrior series. She enjoys writing real-life stories that people can relate too with real-life problems, emotions, and solutions.
Her favorites: Supporting and honoring our veterans, classic cars, photography, Disney, music, coffee and her favorite sweatshirt that says, “You are dangerously close to getting killed in my next novel.”
Website * Facebook * Twitter * Instagram *LinkedIn * AllAuthor * Bookbub * Amazon * Goodreads MeWe * Newsletter * Audio Only Newsletter

Follow the tour HERE for special content and a giveaway!
One Signed Paperback to US Winner or $20 Gift Card to international winner
a Rafflecopter giveaway