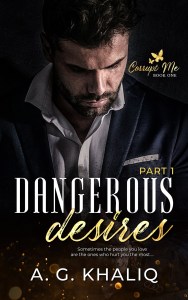 When Secret Agent Maya is sent undercover to nail the Russian Mafia, the last thing she’s expecting is to fall in love with the man she’s trying to put behind bars…
There have been several murders occurring in Manhattan and all fingers point to one man. Maya’s boss sends her to New York to work undercover at Donte Abruzzi’s company. He believes that not only is Donte associated with the crime family, but that he’s the one behind all the murders.
Leaving her life behind, Maya starts working at Donte’s company under the new name of Sapphire Myers. At first, gathering information seems easy, but as she gets to know Donte, everything becomes complicated.
The attraction and chemistry between them become harder to ignore and lines are blurred. The closer Donte and Maya become, the less things seem to add up. The deeper she goes, the more she realizes the evidence doesn’t point towards Donte or the Russian Mafia.
Now, not only does she need to figure out why her boss is so hell-bent on putting Donte behind bars, but skeletons from her past start resurfacing, putting her at risk of losing everything.
This series was previously self-published, however it was unpublished as it was picked up by a publisher. It has been improved, revamped and re-released with Limitless Publishing.
ADD TO GOODREADS 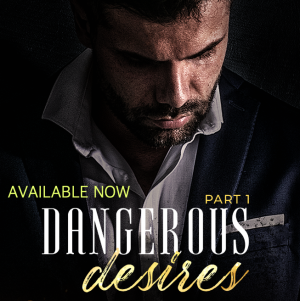 EXCERPT
PROLOGUE
DONTE
My pops had been telling me to settle down for years. He told me to find a woman who would stand by me no matter how tough things got, and would have my back through thick and thin.
And the truth was, I was tired of empty sex. I was tired of one-night stands, and I was tired of screwing women just to toss them away and never speak to them again.
I’d built myself an empire from nothing. I’d put in blood, sweat, and tears to get where I was today, the owner of several huge businesses, including my multi-million dollar software company, Indigo Limited.
And now…
I just wanted a woman to share that with.
So when Sapphire Myers walked into my office telling me that she was the new Python developer, I couldn’t help but fall head over heels for her beauty. She was so fucking sexy and she didn’t even realize it, but I could see the pain in her eyes. She looked tired, exhausted, broken…
She looked like a mystery.
A mystery that I wanted to solve.
But I was battling with my own demons. I had some dirty secrets of my own, and a past I wasn’t proud of.
I was part of a Mafia family. A family of organized crime.
But God help me, even though I had my own skeletons in the closet…
If I’d have known that Sapphire was going to betray me in the worst fucking possible way, I would have torched that bitch and left her to die the first time I ever laid eyes on her. I would have disposed of her without a second fucking thought, and then moved on with my life without looking back.
It takes more than a pretty girl to bring me to my knees. The more I push, the more she pushes back. Sapphire is a challenge that I’m not used to, but she needs to learn a thing or two about loyalty.
Because in my world, snakes and rats are buried six feet under. To teach them a lesson not to fuck with me. Because in the Mafia, we’re bound by blood…
And I won’t hesitate to do the same thing to her for getting on the wrong side of me. I won’t hesitate to give her the same treatment countless people before her got. Somebody should have warned her that if you play with fire you’ll get burned.
Because at the end of the day…
I didn’t choose this life.
This.
Life.
Chose.
Me. 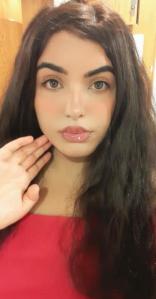 A. G. Khaliq is 22 years old, residing in the United Kingdom. In between being a student, she loves to write. Her craft began when she started writing for a game called Episode Interactive, where she garnered almost 3 million reads. She soon wanted to expand her craft, and began writing published books, starting with a dark, organized crime thriller called Mafia Kingpin. She is most active on Instagram, @agkbooks.