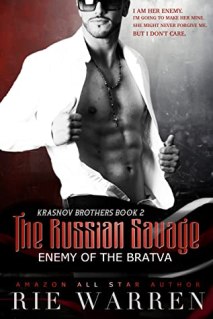 I am her enemy.
And I’m going to make her mine.
She might never forgive me, but I don’t care.
Saving the daughter of an enemy was not my intention but, now that I have her, I intend to keep her. Nothing is going to stop me from using this mafia heiress as I see fit, not even her personal vendetta that pits her family against the Bratva.
Kidnapping the beautiful Italian princess is in my best interests even if it’s not good for her. Because I have wicked secrets of my own, which I intend to play out on her luscious body.
She will be my prized possession come hell, high water, or a vicious new war.
The Russian Savage is Arkady’s story and is book two in the Krasnov Brothers series. No cliffhangers. No cheating. Includes vivid, steamy scenes. Can be read as a standalone. 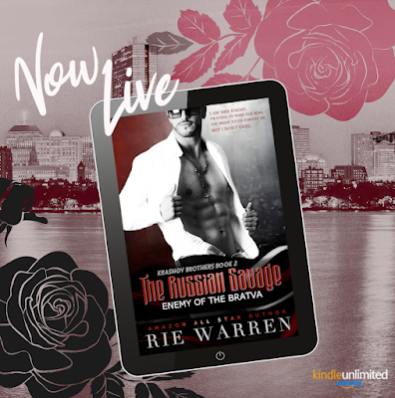 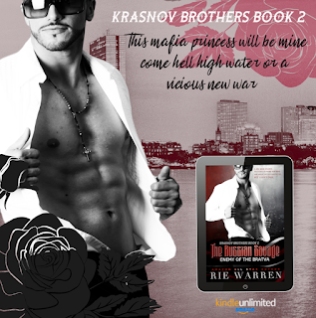 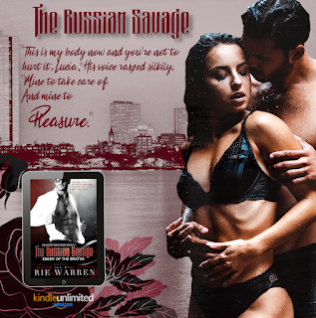 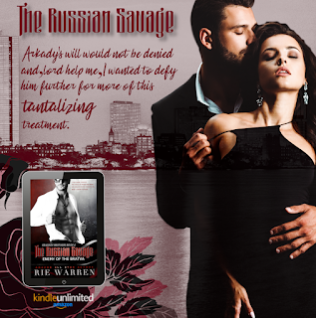 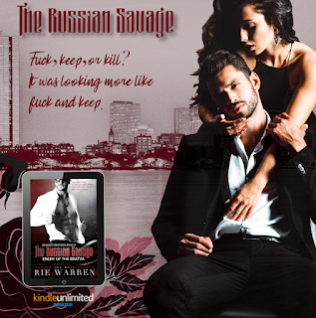 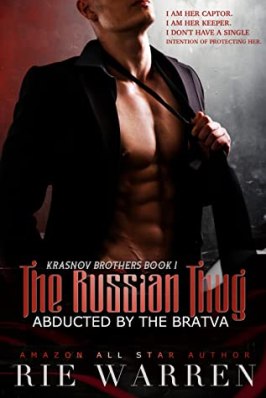 Badass, sassafras Rie Warren is an OG Amazon All Star author of Bad Boy books and MC romance. She delivers five star sex, suspense, and the best banter around. Her stories are one hundred percent original, do not contain fluffy plots or virgin brides, and wring every last emotion from readers to leave them with a satisfied smile. Rie’s tough alpha males are never brought to heel, but are instead healed by the feisty femme fatale of their perfect match.She grew up in Maine, went to college in Iowa (Iowa, what?), lived in Scotland, and married in Englishman. In true roundabout fashion, they came back to the States, settled in South Carolina’s lowcountry, putting down southern roots and pursuing their arty endeavors. Tale spinner and character diviner, Rie is a lover of sleep, wine, and rude memes often involving either Disney characters or Winnie the Pooh. She is raising two teen daughters along with an entire brain full of unruly characters.

Follow the signup link below to her romance newsletter for sneak peeks, new releases, first looks, and her quirky sense of humor.
https://www.subscribepage.com/riewarrenromance

And, as always, happy sexy reading to you!

Wow! The oldest Krasnov brother is very dark and the deep.

Arkady Krasnov is the second in command of the Zolotov Bratva. He is loyal to Yuri and his brothers, both by blood and in the Bratva. When he happens upon a woman being accosted in an ally one night, he has no idea that his life is about to be turn upside down and sideways. He has no idea that the woman he has rescued was made for him and that he will feel her presence and absence soul deep.

Lucia Leone is the only daughter of the Italian Mafia Don. Although she is not treated as the Princess she should be. She is out for vengeance for the brutal death of her brother Bastiano Leone, who was killed by Kirill Krasnov. She has no idea who her brother really was. He was someone much different to her than he was in the Mafia world. She has no idea that the man who just saved her from two rival gangs that were fighting over her, is the man that will show her the care, love, and attention that she has been searching for since her mother died.

I loved this story. The Krasnov brothers are dangerous, sexy, and lethal. They are deadly when they are fighting to protect the ones they love and care about. This story was brutal in some ways, but it was very steamy and sexy. Arkady is not a man to cross in any situation and when he finds that he wants to protect Lucia he turns into a wild animal to protect her and keep her safe. I give this story 5-flaming stars and highly recommend it to readers that like Bratva, Mafia, plots with a tough guy that will fall to his knees for the right woman, and tough, sassy women that can keep their men on the edge constantly. The story is full of danger, action packed, and some very sexy scenes. I cannot wait for Sasha’s story. I do wish we had heard more about Valeria after her rescue, but perhaps in another book. Ms. Warren can write a great Mafia, Bratva book with all of the danger, tough guys, and strong, sassy women that will pull you in and keep you a prisoner until the end of the book