Nightmares and monsters are supposed to remain in the dark. Thought of, frightened from, but never seen.

Lola Bishop has suffered more tragedy in her short time on this earth than most have in an entire lifetime. She lost her parents when she was young, consoled the members of her brother’s elite team when they though a member was dead, and finally found her best friend’s body.
How much more could she possibly take?
Theo Burkhart excels at all he tries. Most sought after recon sniper in the Marines, he joined Task Force 779 with his best friend to be a part of something bigger. He wanted to make an impact on the world.
Not fall in love with his commander’s little sister.
When he gets the call that Lola needs him, Theo drops everything to be at her side. She’s strong, yet fragile in so many ways. The girl he’s loved for years is begging to find the good in the world and he’s only too happy to help.
The only question is: Will it be enough when one more obstacle is thrown their way or will Lola break for certain this time?

Note from the Author:

Just a heads up: While my stories carry their share of violence and adult situations, this one, in particular, touches on some socially prevalent issues that may be upsetting to readers. 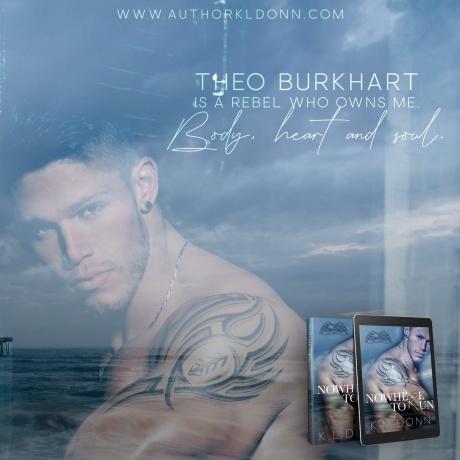 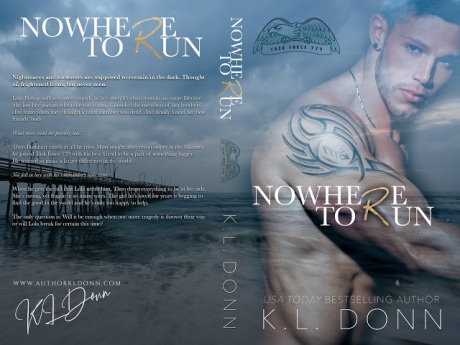 She was always the strong one, on the outside. She kept her pain, turmoil, and fears inside. She only shared them with one person and then he was gone. Now she feels all alone in the world. The one man she is in love with doesn’t want her. She is broken now more than ever and the only person she can think of to call is the man she loves, but is he taking care of her because he feels obligated to? He works for her big brother and has been the little sister to all of the men on Nix’s Team. Lola is the little sister of the Team that takes missions all over the world to save people and do the jobs that others can’t. She has always hidden her fears of her big brother Nix not coming home as well as the others on the Team, but especially Theo, the one man that holds her heart. She pushed herself into her best friends’ life in high school. Sam had walls so high that Lola had to dig deep to get him to drop those walls.

Sam was the only one sitting at the outcast table in the lunchroom when Lola entered for lunch on her first day of school. She wasn’t afraid to sit with him, nor was she afraid to draw his attention, he looked like he needed someone to talk to and she knew that she could jump those walls and have them dropped, it just took a while to accomplish. Sam struggled with who he was and what he wanted; he was also the student that was bullied because he didn’t know who he was. He endured it for as long as he could and in college the day finally came that he couldn’t pretend anymore, nor could he take the bullying or pain that he had been enduring all of his life.

Theo started looking at Lola as a woman when she was seventeen, but he wanted her to have her life and find her path in life before he decided to let her know his feelings. The only people who didn’t know how he felt about her was Nix and Lola. The rest of the Team guys knew he had feelings for her more than a little sister, even Sam knew. So when he received a call from the police that there was an accident and she needed him he dropped what he was doing and ran to her. Now he wasn’t going to let go of her ever.

I loved this story. It started out with a bang and didn’t slow down at all. The pain, struggles, and despair in this story were so strong. The story showed the struggles that some people endure for as long as they can before that breaking point. Lola has dealt with a lot of loss and pain in her young life, but she finds that she is a strong young woman and she has a lot of support to help her through the tough time that she is going through this time. Theo only wants to protect her and take away her pain, but he knows that the only way to do that is to show her that he will always be there for her. This latest loss and destruction that she is trying to come out of could just destroy her for the rest of her life, but Theo and the Team are determined to show her that she will come through this too. I give this story a 5-star review and strongly suggest this book and series to readers who enjoy stories of military, strong women, or action-packed pages. Ms. Donn’s books are full of action, passion, destruction, loyalty, and wonderful characters.