It’s my pleasure to share my review and join in the Tour of Stephen Puleston’s story A Cold Dark Heart. Inspector Drake is meticulous, determined, and thorough in his job and finding the clues to solve a case.

Drake’s most dangerous killer and shocking case yet…

When eighty-nine-year-old Emyr Isaac is found dead in his home, Drake and his team initially suspect a burglary gone wrong. Isaac was old, and his death was a tragedy, but it’s not a murder case…is it?

Drake uncovers more suspicious deaths, all elderly victims, all seemingly innocent, but with one chilling connection.

If Drake’s suspicions are correct, they have a dangerous serial killer on the loose. Soon, the team realize that stopping this killer will require playing a dangerous game – how do you catch a murderer trusted by everyone? 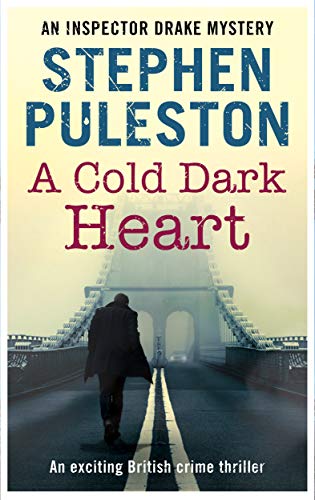 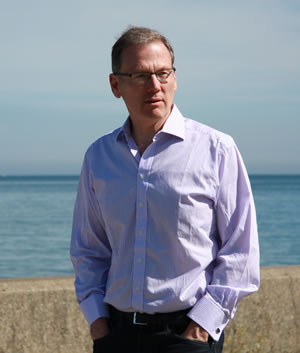 I write crime fiction based in Wales and about Wales. The rural landscape of north Wales provides the backdrop to the Inspector Drake novels. And Cardiff the capital of Wales provides the setting for the Inspector Marco novels set in a modern urban environment.
I love the novels of Raymond Chandler, Ian Rankin, Mark Billingham, Henning Mankell, Val McDermid – the list could go on! And I enjoy watching detective series on the television the recent Hinterland series based near Aberystwyth in Wales was great. One of my favourites is the French series Spiral but The Bridge and Broadchurch and the Rebus series with Ken Stott and Kenneth Branagh in Wallander are great too.
I have been on writing courses at the Welsh Writers Centre in Llanystymdwy, North Wales tutored by Matt Whyman and Marcus Sedgwick as well as crime writing courses with Peter Robinson and Andrew Taylor at the Scottish Writers centre.
I was born in Anglesey an island off the north Wales coast and after leaving school in Holyhead I went to University in London before training as a solicitor/lawyer. I practised in a small family business doing criminal work in the magistrates and crown courts, divorce and family work.

I still live on Anglesey, North Wales near the beach and the mountains of Snowdonia.

The elderly are being targeted by a killer and no one knows why or who is doing it. There are cases that haven’t been identified yet as being similar, but Inspector Drake and his team will work diligently to find the killer and stop him.

Detective Inspector Drake has to adjust to a new boss, and he isn’t quite sure yet if he will like working with him or not. He’s a man who likes things to be uniformed and regular. Change is not his friend. With this new case, he’ll have to step back as the SIO because Superintendent Hobbs, his new boss, has decided to take the position. Inspector Drake and his team will work tirelessly to find the killer and the reason behind the killing. While investigating they will discover that there are more than they initially thought.

Inspector Drake is a man that digs deep and does not overlook details. His team is the just as hard working and focused as he is, and they work very well together. In this book when one of his own team members finds herself in a situation that could end very badly, he blames himself and will not rest until he finds her and makes sure that she is alright. I love these stories and the detail that is put into them really makes the story flow, and draw me in. Mr. Puleston has a way with Inspector Drake that endears him to me. I know not everyone likes to read about someone with OCD, but the details that Inspector Drake has to have in his life is what I like about him. If you like police procedural, mystery, suspense, or police detectives that never give up, then you will love A Cold Dark Heart. I give this story a 4.5-star review.