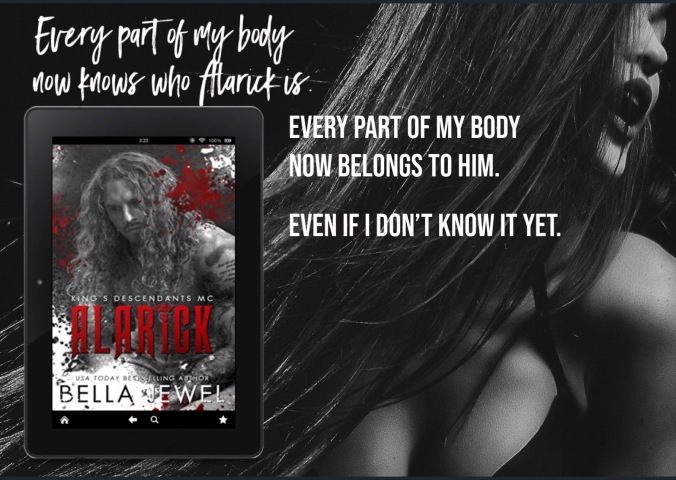 A second chance story full of suspense, tragedy, drama, angst, and the unknown.

Briella has to return home to find her sister who has gone missing. She’s all she has left and can’t lose her too. Breilla, Magnoia, Briella’s sister, and their mother moved in with King, the President of the King’s Descendants MC, and his two older kids when Briella was 10. Briella left this life five years ago, but she has to go back to find Magnolia. She has her own problems but finding her sister is her top priority. What she finds along the way is dangerous, scary, and could get her killed in the process.

Alarick has taken over his father’s place in the King’s Descendants MC. He isn’t prepared to see Briella again, and he is angry she even showed back up. He doesn’t want to help her, but she leaves him no choice in the matter when she starts going around town asking questions that could lead back to the MC or get her killed.

This book was raw, tragic, full of drama and a great read. I love the characters, the plot, the story, and suspense in this book. I hated to put it down and absolutely did not want it to end. I give it 5-stars and cannot wait for the next book, Flick to come out. Ms. Jewel has done it again, she has not disappointed me yet, and I cannot wait for more from her in the near future. Such a sexy cover on this book, too!