He’ll have to be willing to lose everything to save her…
Phoenix by Janie Crouch releases on March 10th!

They’re all labels Riley Harrison—known to the world as Phoenix—wears as easily as the tattoos covering his body.

But it’s his role as undercover operative for Linear Tactical’s kidnap and ransom unit that makes his blood sing. Riley uses his celebrity status to help infiltrate locations and situations nobody else can get into.

In. Out. The fight is usually over before the bad guys know it’s begun or that Riley was involved.

But his skills and celebrity status won’t help when he discovers the woman he loves is keeping unbearable secrets and in a danger he never could’ve imagined.

She wants Riley to stay far away from her.

That’s not going to happen.

But he’ll have to be willing to lose everything to save her. To save them.

Phoenix will learn you have to burn before you can rise. 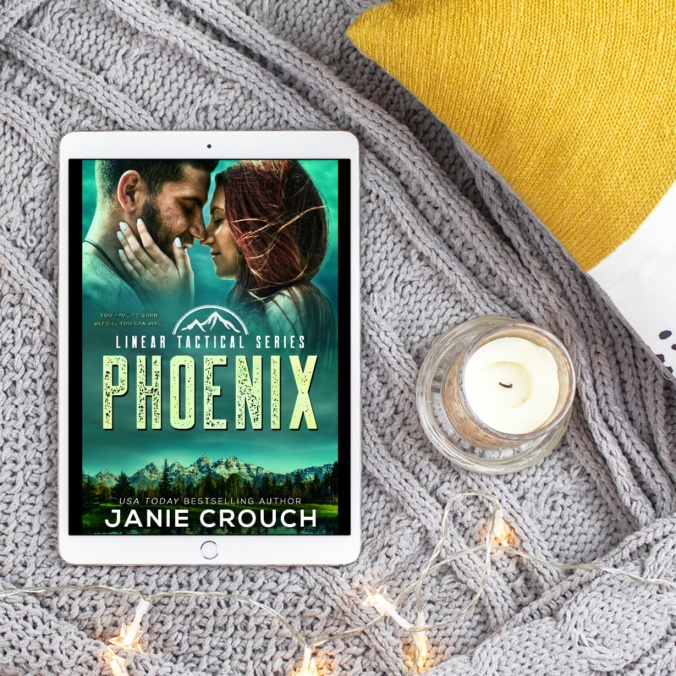