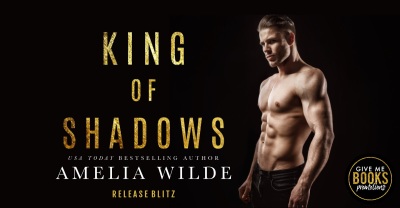 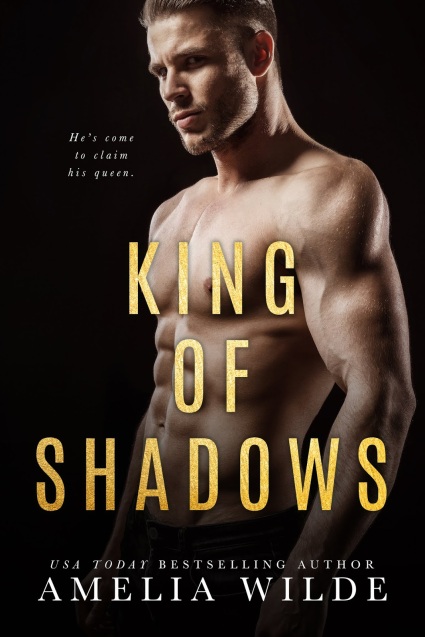 Title: King of Shadows
Author: Amelia Wilde
Genre: Contemporary Romance
Release Date: January 27, 2020
Blurb
Luther Hades has always been my family’s sworn enemy. He’s the opposite of everything we stand for—ruthless to the core.
I’m not afraid of him. It’s my mother who cowers and hides. All my life, she’s hidden me from him. Hidden me from the world. Not anymore.
I’ve planned my escape down to the last detail. But two steps outside the safety of my mother’s house, the devil comes calling. And nobody hears me scream.

Little Sepphie Anthela doesn’t know she’s in danger. That her fool of a lover has betrayed her. That her adorable plan is a death sentence.
She doesn’t know how men look at her.
And she doesn’t know the lengths I’m willing to go to protect her. She’ll be safe in my underground kingdom—even if it kills me.
KING OF SHADOWS is a dirty and dark contemporary retelling of Hades & Persephone. It’s the underworld, after all.
ADD TO GOODREADS

“Are you going to kill me now?”
My men step up behind her, but she doesn’t dare turn her head. Two of them hook their arms under Decker’s and drag him past us, giving us a wide berth. Her eyes follow his slumped body. The man won’t shut up. All the groaning, the whining—fucking pathetic.
“You said you would do anything to save him. That was your bargain. Are you telling me you’d rather be dead?”
A flicker of fear is chased off her face by a nameless expression, a light flaring in her eyes. She glances down at Conor, the whites of her eyes glowing in the moonlight. “No,” she whispers. “I want to live.”
I lean in close, bending down so my lips are level with my ear. Her heart beats hard under my fingertips. She smells sweet, like roses and sunshine and something unique to her. It must be the fresh softness of her. Fuck, the things I’m going to do to her, dangling her not-boyfriend on a string as if she’ll ever be anything but mine. The urge to throw her down into the dirt is so strong it almost overtakes me, but now that all this has transpired, it’s best for the train to move on. I’m no longer interested in dealing with Demeter tonight—not now that I have her daughter for my very own.
The poor thing.
“We’ll see how long that lasts.” 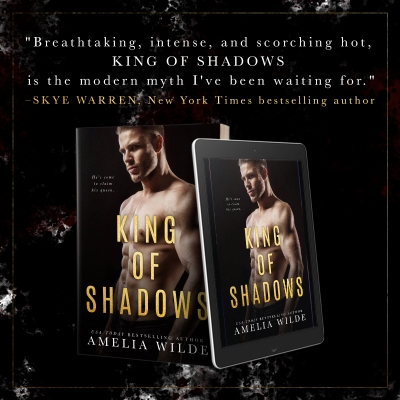 Now, Amelia is all about that love. Her romances feature unique,
independent heroines and alpha heroes who are strong of heart and body.
Readers have described her work as “emotional,” “intense,” “phenomenal,”
and “like a child scribbled with a crayon,” which she takes as the highest
praise.

A modern retelling of Hades and Persephone that is dark, twisted, and left me hanging.

Luther Hades lives in a mansion on the mountain. He is dark, lethal, and powerful. He gets what he wants, and he doesn’t make any excuses for how he lives or what he does. He makes a lot of bargains with people when they find themselves in his path and fear for their lives. He despises he brother Zeus that lives in the city and rules there. There are many rumors about Luther and his mountain mansion.

Persephone is sheltered by her mother, Demeter. She is naïve about the world around her outside of her mother’s fences. She wants to leave the fields that she has been working for the better part of her life helping her mother. She loves the sunshine, flowers, and fields, but she wants to go to the city and especially the New York City Library.

Hades and Persephone’s meeting will bring them both to realizations about their lives and who they are. Their arrangement could cause both of them their lives, but they also can’t back out of their arrangement.

The deceit and twists in this book are dark and dangerous. Luther will not only put his life in danger with Demeter by keeping Persephone, but he also has to worry about his health because Demeter’s deal with him could end if she doesn’t find her daughter, or if she finds out he has her. I enjoyed this story, but the cliffhanger left me wondering about a lot. I hope the next part comes out soon. I give this story a 4-star review and suggest that if you like dark, twisted stories, then you should pick this on up, but beware there is a cliffhanger.