Persephone Abbot is in my debt.
Exactly the way I want it.

The sins of the father should not be inherited by the daughter. It’s unfair, I know, but since when has life been fair?

The events that brought us here began on Halloween night more than five years ago in that chapel ruin. I saved her that night. Carried her home through the storm that was the omen warning of what would come.

Her father destroyed something precious. Someone innocent.
I don’t believe in an eye for an eye. I won’t just balance the scales of justice, I’ll tip them so far in my favor his legacy will topple.

I’ll take that which is most precious. His daughter. I’ll own her. Make her mine.

But I’m not the only monster lurking in the dark corners of her world. She’ll sleep in the bed of the beast but I’ll keep her safe. Protect her fiercely.

And maybe I’ll keep her. 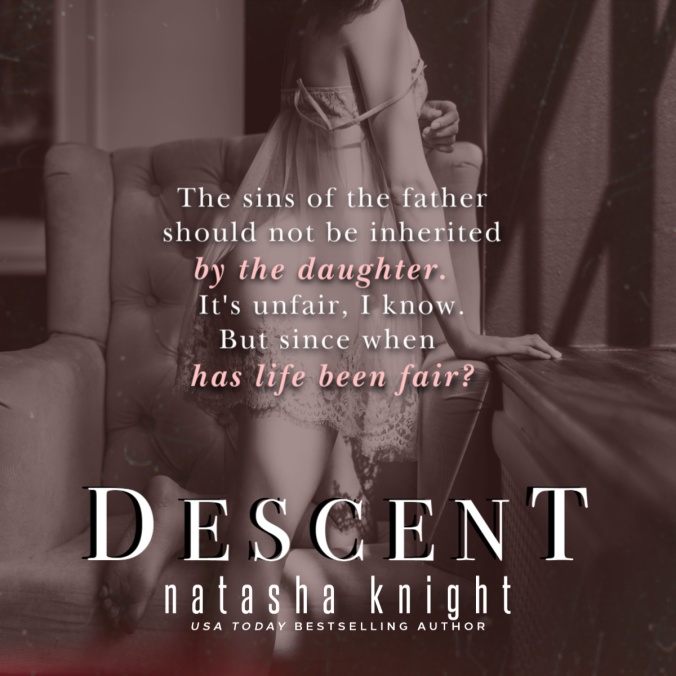 TEASER
Persephone will be sacrificed, but that can’t be helped.
It’s fitting, actually. Almost poetic.
An eye for an eye.
A girl for a girl. 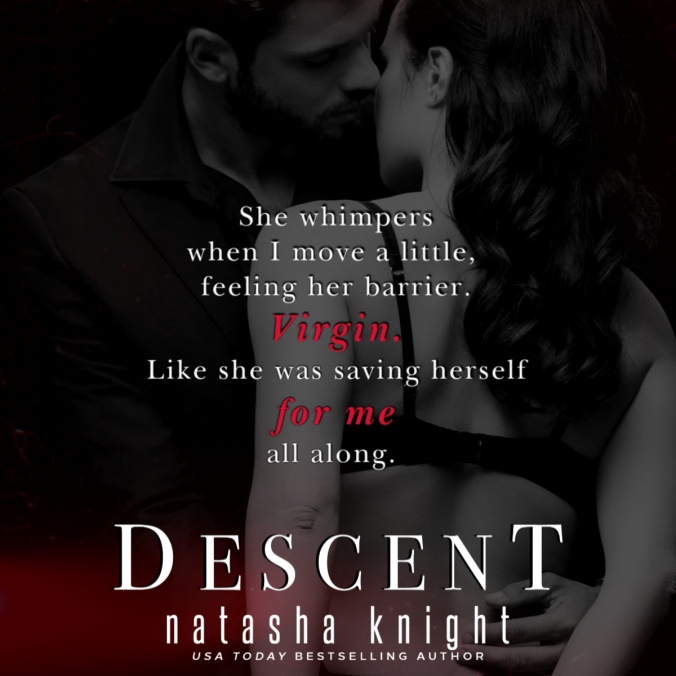 AUTHOR BIO
USA Today bestselling author of contemporary romance, Natasha Knight specializes in dark, tortured
heroes. Happily-Ever-Afters are almost always guaranteed, but she likes to put her characters
through hell to get them there. She’s evil like that.

Wow! What a story. A Story of revenge, secrets, and a strong connection.

Persephone Abbott first met him when she was a little girl. He was her knight in shining armor more than once. She is now in charge of the family business and household, but is she? She is keeping a huge secret, one that can destroy lives and get someone killed.

I loved this story. There were some twists and the suspense of what would happen, who was involved, what did happen, all kept my attention throughout the book. Ms. Knight wrote another great story and I really hope there will be more of the Montgomery and Abbott families. I give this story a 5-star review and highly recommend it to readers who like mafia, dark romance, or suspense stories.