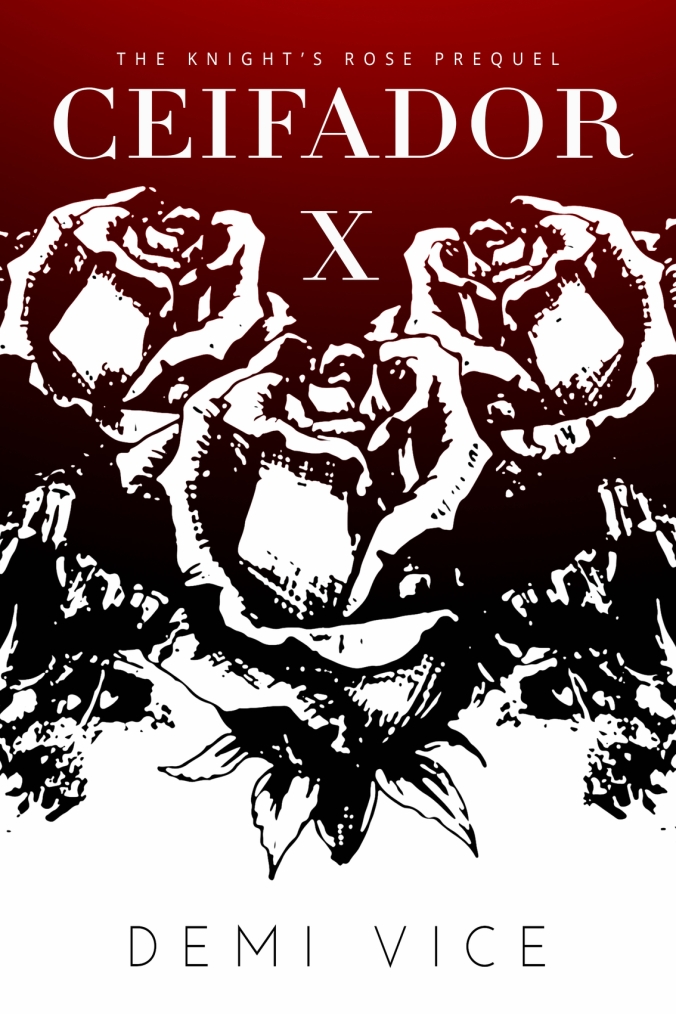 Feared like death, worshipped like light;
He was my breath, and I was poisoned at first sight.

Just as the earth was round, I, Bianca Di Vaio, have always been sick. I’d spent most of my life confined in my room, secluded in my mansion, and off-limits to all the men who worked for my father, the kingpin of Manhattan.

Then one night, I heard his voice.

Antonio Castillo talked like desire but looked like death; dressed in all black wearing a metal skull for a face. He was the deadliest man at my father’s disposal. The Knight who earned the name, Grim Reaper.

Have you ever heard the story about a caged young girl who met her knight in broken armor?

*CEIFADOR X is a PREQUEL to THE KNIGHT’S ROSE and must be read beforehand*
Ceifador X ends with a cliff hanger and will continue in The Knight’s Rose. This book contains steamy, graphic and taboo material between an older man and a younger girl that might be offensive for some.

Knock… knock knock… knock.
The playful patterned echoed throughout my room. The man doesn’t seem like a monster. I took a step closer to the door. Or a demon. I took another step. Or anything unholy. The space between myself and the door no longer existed.
My eyes dropped to the wiggling door handle. The man said something in Spanish—I think—when the door wouldn’t open.
“It’s locked…” My voice was tiny.
“Hello?” The mystery man’s voice was thick and full of another world outside of the mansion, New York, or America.
“Hi.”
Silence filled the void between us until he cleared his throat. “You can open the door. I don’t bite.” His voice was cunning as if he had a smile on his face. Or at least, I hoped.
I laughed nervously. “No, I can’t. But you can.”
“What?” He was confused until he noticed the three locks on his side of the door. Click. He unlocked the first. “Why… why are you locked inside?” he questioned, his words close to one another.
“Because unlike you, I bite,” I joked. Probably not the best time, but he laughed. A sound so rich and thrilling it made my head rush.
This man didn’t sound dangerous, not even the slightest.
Click.
My stomach plummeted to the ground.
“What’s your name, gorgeous?” he asked before turning the last lock.
My cheeks crimsoned, and I introduce myself. “Bianca.”
“Beautiful name.”
I nodded wildly, and I took a step back, preparing for him to open the door. “What’s yours?”
“Antonio. Why are you locked inside?” he asked again, this time hoping for a straight answer.
“I’m sick,” I confessed, playing with the drawstring of my baby pink plaid pajama pants which were far too large for me even in the smallest size they came in. “But it’s not contagious,” I reassured.
“I’m drunk,” he confessed. “And it’s contagious… when you have a bottle.”
I smiled so hard I thought my face was going to split in two. No wonder his words were a little put together.
“Are you going to open the door?”
He let out a long, heavy sigh I wished so badly I could feel against my face.
“I shouldn’t, shouldn’t I, Bianca?”
My heart skipped.
“Say it again,” I begged.
“What?” He chuckled uneasily.
“My name. Say my name again.” It came out bratty.
Antonio said nothing.
“Sorry, sorry. I guess that was weird. Sorry.” I cringed at my behavior.
That’s what I got for my little to no people skills. I never thought before I spoke or acted. I took another step back from the door, from the man behind it, feeling like we needed space. Because apparently, the door between us wasn’t enough.
“No, it wasn’t… Bianca.” He spoke my name like it was made for his lips, leaving my cheeks rosy and red.
I bit the tip of my tongue and glared at the doorknob.
Just one more click, I thought.
“Why are you locked inside?” Antonio asked, again.
I was going to give him the same answer as before until I thought about the question.
“Because I try to escape.”
“Escape?”
I nodded, forgetting he couldn’t see me. “I try to leave my room. A lot.”
“Why?”
“Because I shouldn’t be caged, but I have to be.”
Antonio hummed, “Where do you escape?”
“The library. It’s the blue door, in front of the stairs.”
“So, if I were to open the door, you would try to run?”
I let out one single nervous giggle, “I won’t get far.”
Antonio unleashed a soulful laugh I immediately recorded in my head for one of my bad days when I needed a pick me up.
“So, you would try to escape,” he said while laughing.
Not if you come inside.
“Are you going to unlock the door?” I asked again, impatiently.
“Nothing good comes from anything that’s locked,” he hesitated, contemplating his decision to be here.
The truth was, he shouldn’t have been here. I should’ve told him to leave, but I was selfish and wanted the faceless man behind the locked door.
“Dangerous things lie behind locked doors and cages, Bianca,” his tone, dark.
I heard Antonio take a step back, and I quickly moved forward. I didn’t want him to leave. I wanted the last click, the turn of the handle, and the eyes of a man my father claimed to be evil.
“That’s not true.”
“Oh, really?”
“Our hearts are behind a cage. Does that make them dangerous?”
If it was possible to hear a smirk, I heard it.
“Like you wouldn’t believe. The heart is the most dangerous part of a human, Bianca.” He took another step back. “Talvez você seja ingênuo e jovem demais para entender.”
That wasn’t Spanish.
“What language was that?”
“Portuguese. I’m Brazilian.”
“What did you say?”
“Perhaps you’re too naive and too young to understand.”
His words hit me, hard. I was too much of everything that proved I’d grown up in a cage.
Too naive and wise.
Too young and dying.
Too caged and lost.
“I’m not dangerous, Antonio. I promise you.” 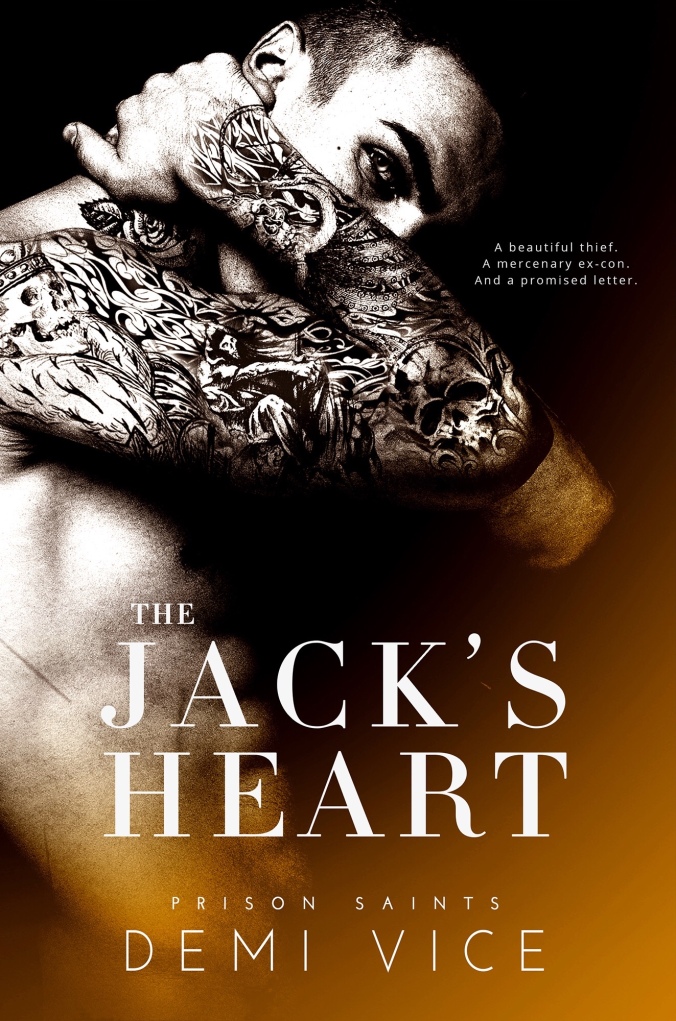 Demi Vice lives in the windy city of Chicago and is a graphic designer by day and a romance writer by night. She’s hopelessly consumed by new ideas involving flawed characters who border between good or bad, heroes or villains, saints or sinners, and deserve happily-ever-after endings.