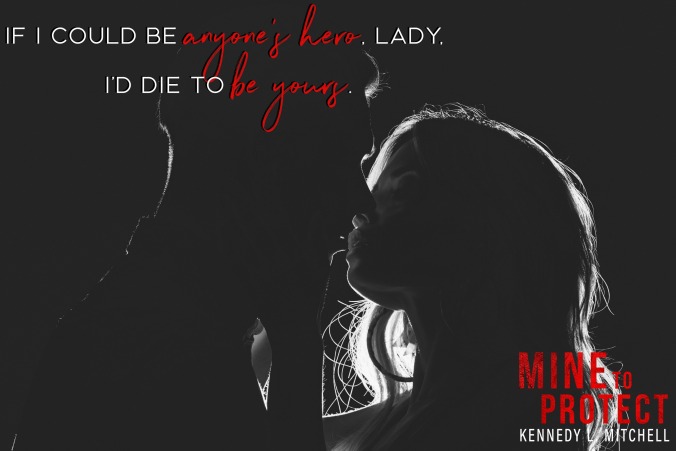 Two people who believe they are better off alone find each other and decide to be alone together.

Alta Johnson is a Police for the Estes Park in Colorado. She works to protect the guests of the parks as well as protect the animals in the park and forests from poachers or any other harm that could come to them. After surviving a terrible attach ten years prior, Alta has withdrawn from the public, and stays to the forest. Her best friend is her service dog Benny. Alta lives in a world or paranoia and has ticks to keep her safe and sane.

Cas Matthews is a retired Marine who works as a United States Park Police officer. He holds both federal and state jurisdiction across the country, this unit is tasked with protecting the national monuments, the president, and his visiting dignitaries. He is highly trained as a Marine, but he is also highly trained for this position, which makes him a lethal man. His PTSD from his childhood and his deployments make him even more lethal. There are times he is barely able to control his actions.

Chandler Peters is an FBI profiler who served a couple of tours with Cas and has called him in for help on a serial case. They will partner up and go from Washington DC to Colorado to investigate a serial case that is plaguing Estes Park. These two act like brothers when they are relaxing, but when they are working the case, they are both focused and dangerous men to have to face.

I really enjoyed this story and the characters were awesome. The story has twists, suspense, lust, jealousy, weirdness, and danger. The characters are so real and enjoyable to read. I would love to see a book for Chandler. The tension between John, Alta’s boss, and Cas in entertaining to read. I liked how it ended though. It showed the true character of Cas as well as John, it showed that Alta was right about Cas.

I give this story a 5-star review and highly recommend it to readers who enjoy suspense, Alpha men who take charge, women who show their strength, and crime stories. This was my first read of a Kennedy L. Mitchell story, but I look forward to more in my future.