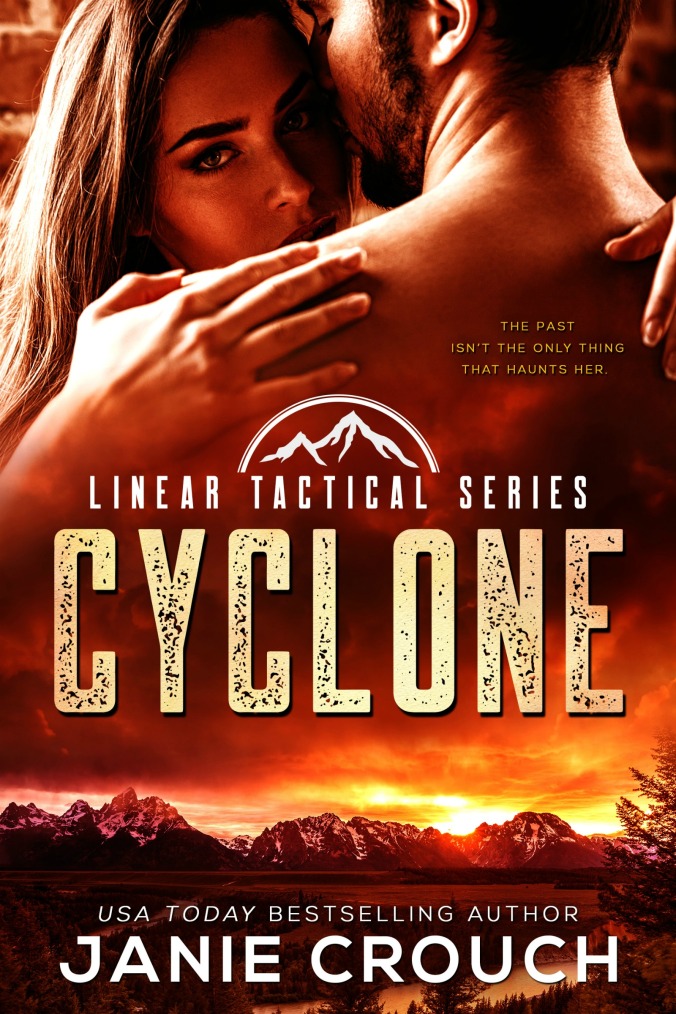 He’d protect her from any threat…
But what if the biggest threat is him?

Doctor Anne Nichols is back in Oak Creek, Wyoming, only because she has no other options. Here, she was always the shy, stuttering girl, invisible to everyone.

Except Zac Mackay. The very reason she left in the first place.

Zac’s years in Special Forces taught him survival skills, and he’s created a company—Linear Tactical—to teach those skills to others, so they never have to live in fear.

Then why is Annie, the last person he’d ever want to hurt, afraid of him?

Zac’s determined to wipe the fear from the eyes of the woman who has never been far from his mind. And fix the mistakes—his mistakes—that put that look there in the first place.

But a predator has set his sights on Annie. And now survival skills will become much more than lessons… 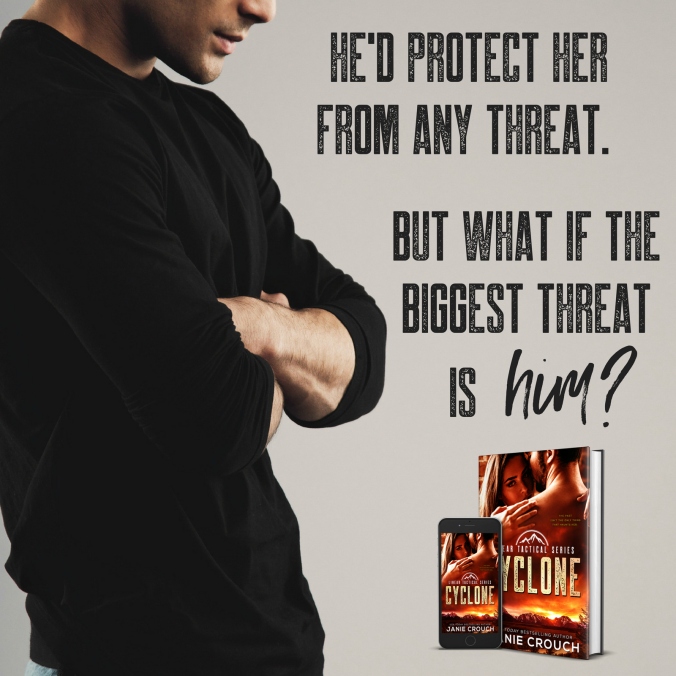 “I was here a couple of years ago, but only for a day or two,” Anne told Zac, looking away. She had booked a room out of Oak Creek both times she’d dared come back. The thought of staying at The Mayor’s Inn had been too painful. She couldn’t even look at that hotel without feeling sick to her stomach.

And she’d avoided everyone—particularly Zac—as much as possible. Just in case his words about not coming back were still true. She tried to swallow the panic that threatened to overwhelm her. Maybe he still felt that way now, even though he hadn’t said anything at the hospital.

“There.” He pointed at her. “That look that just came into your eyes. I saw it at the hospital. It’s like you’re afraid of me, Annie.” He took a step closer and she instinctively one back. One of his eyebrows shot up, letting her know she’d proved his point. “Do you think I’m going to hurt you?”

“No.” Not physically. She’d never worried that he’d hurt her that way, despite having five inches and probably fifty pounds—all muscle—on her.

But he was right. She couldn’t continue living in Oak Creek with them ignoring everything that had happened that night. What had been said. What had been done. Maybe she would’ve tried to, and to avoid Zac forever, if he hadn’t ended up in her ER.

But the truth was, there weren’t enough bushes in this town for her to jump into. She was going to run into Zac. A lot.

Sometimes all you could do was face the past.

She pulled a breath in. “I’m not scared of you. I mean, I know you would never hurt me physically. For crying out loud, you wrecked your motorcycle rather than hit a dog.” She’d meant for her laugh to seem breezy, but it just sounded stilted. “But yeah, I mean, we can’t pretend like that night never happened. The stuff we did. Stuff you…we said.”

His eyes narrowed. “That night we spent together after Becky died.”

“Yeah. That night.” As if they’d had another. “The bottom line is, I can’t leave here, Zac. No matter what you said then, or even if you feel the same way now.”

He shook his head, brows furrowing. “I don’t expect you to leave. You’re obviously a respected doctor, more than competent. Why would you think I wanted you to leave?”

Some of the tension she’d been carrying since his arrival in the ER began to ease. He was right. Something said in grief and anger six years ago didn’t necessarily hold true all this time later. She was silly for thinking it did. “Okay, well, it’s good to know you don’t feel the same as you did back then.”

He took a single predatory step closer, and she tensed again. “I said something that night to make you think you needed to leave?”

She stared at him, her mouth flopping open like some sort of fish. “You don’t remember what you said?”

Those words would be engrained in her memory forever.

Get out and don’t come back.

He rubbed his forehead. “That whole night is fuzzy for me.”

I can’t even bear to look at you. You just betrayed the only person in this town who ever wanted you here.

Tossing her naked into the hallway before flinging her clothes at her.

“What do you remember?” She forced the words past a throat that seemed to have dried up.

His hand moved to the back of his neck. “Honestly, not much at all. It’s sort of a blur.”

She retreated a step from him again. That night had been the most important night of her life. The best. The worst. It had changed the very fabric of her being.

And it was sort of a blur for him.

USA TODAY bestselling author Janie Crouch writes what she loves to read: passionate romantic suspense.  She is a winner and/or finalist of multiple romance literary awards including the Golden Quill Award for Best Romantic Suspense, the National Reader’s Choice Award, and the RITA© Award by the Romance Writers of America.

Janie recently relocated with her husband and their four teenagers to Germany (due to her husband’s job as support for the U.S. Military), after living in Virginia for nearly 20 years. When she’s not listening to the voices in her head—and even when she is—she enjoys engaging in all sorts of crazy adventures (200-mile relay races; Ironman Triathlons, treks to Mt. Everest Base Camp) traveling, and movies of all kinds.