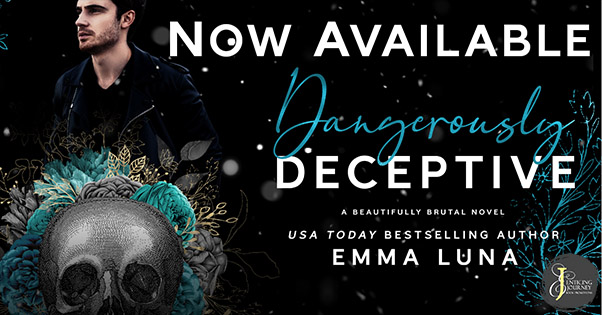 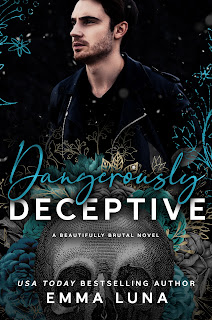 What would you be willing to sacrifice for the one you love?
I was born a princess of the Celtic Reapers MC, but I’m definitely not royalty. I’m abused, tortured, and broken, desperate to escape.I have two choices. I can stay with my childhood sweetheart, Jamieson aka Whiskey, who abandoned our plans for freedom when he patched into the MC. Or, I could win my freedom and live my dream life with loveable, sexy, tech geek Kellan.But when I fall pregnant, my whole life changes and I’m forced to make painful decisions.This is not your typical love story. It’s messy, it’s real, and it’s heartbreaking. This is the story of how you make an impossible choice. I’m Shayla Callahan, and this is my story.Author Note – this is a dark mafia romance that features themes which may be triggering for some people. If you would like more details please contact: emmalunaauthor@gmail.com

Dangerously Deceptive is set in the Beautifully Brutal world. It occurs before Black Wedding and can be read first. This series has interconnected themes and it’s advisable you read them all to get the most out of them. 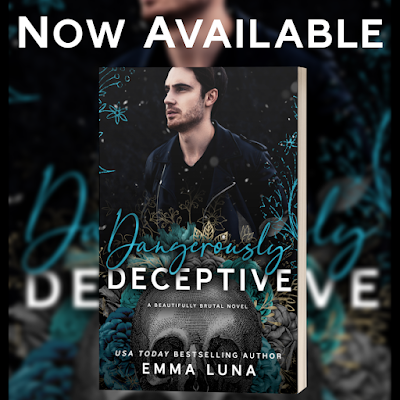 “I don’t know what else to say other than it was a lot and emotional.
I was happy, mad, sad, upset, everything you could feel in this one book. I don’t know how I’m gonna go read my next reads because that one took me down.” – 5 Star Goodreads Reviewer

“It is an original, masterfully written novel that will pull at your heartstrings and elicit all of the feels.” – 5 Star Goodreads Reviewer 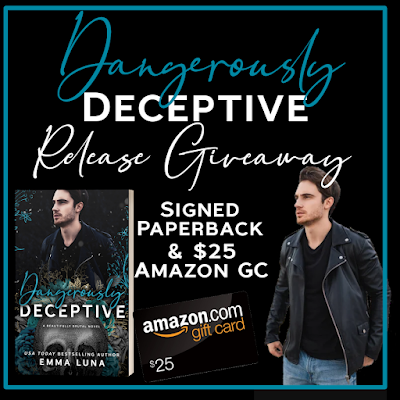 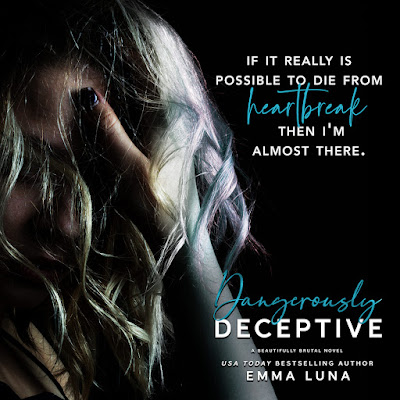 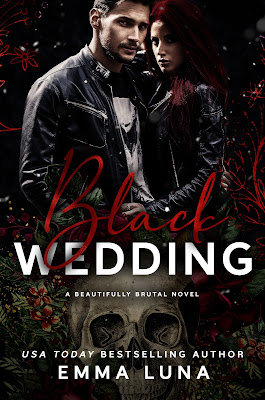 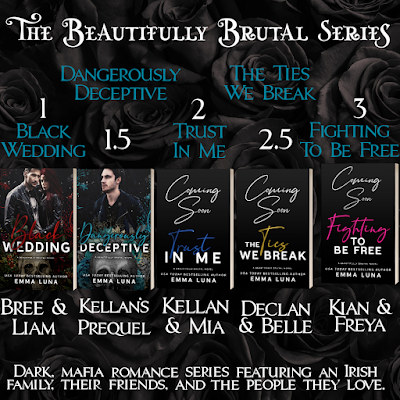 Born the princess of the Celtic Reapers MC was not as great as most would have thought it was. She was not protected, doted on, or respected. Her father was a brutal man that only thought of what he could get out of anything or anyone. Shayla Callahan had a brutal life growing up in the MC and when she was able to, she went to Church and asked for her freedom, but she had to survive the job that would help her get that freedom, or will it make any difference?

He’s a computer geek and one the best hackers around. He was raised by Declan Doughty after his parents abandoned him. Being. The best friend of Liam Doughty, Liam went to his parents and asked them to adopt Kellan, and they did. Kellan’s hacking abilities escaped Declan’s knowledge, so he was able to leave the family when Liam did. Now he takes the jobs that he wants. So, when a member of the Celtic Reapers MC reaches out to him for help on a job, he meets with the person that reached out, only that person is not who he was expecting.

This was a tough story to read, but it was a good story. There is betrayal, deception, abuse, cruelty, and survival. Kellan and Shayla have a rough road, and with others in the background pulling strings, they don’t have a chance at all. When Shayla has to return to the compound, she feels that her life is over and decides to find a way to escape her reality until she can escape her circumstances. Shayla’s childhood love is there, but he decided to patch into the MC as a teenager. There are a lot of things going on this book, and it was done very well. I enjoyed the book, and the characters are great, they have so much to overcome in so many ways. I give the story a 5-star review and I am looking forward to Trust in Me.