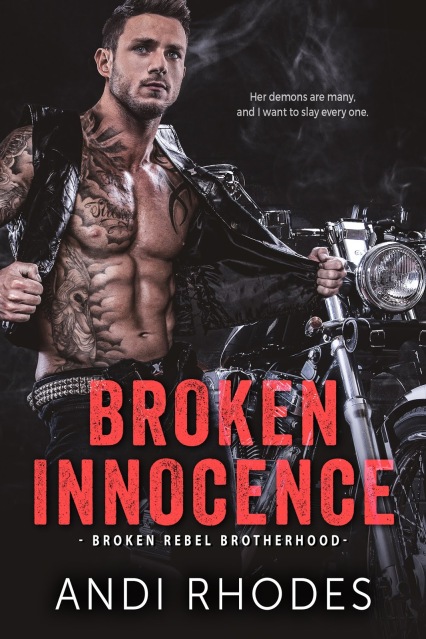 Author: Andi Rhodes
Genre: Contemporary Romance/Romantic Suspense
Release Date: February 6, 2020
Blurb
Griffin…
I loved her for years but she never loved me back.
When she was taken, I snapped.
Now she’s back and not herself.
She’s an empty shell of the woman I knew.
But I still love her.
Her demons are many, and I want to slay every one.
Problem is, she thinks she’s too broken.
Brie…
He never knew I loved him. I made sure of that.
Then I was taken and made unloveable.
My past hadn’t prepared me for the hell I was put through.
I’d wanted to die, but he wouldn’t let me.
No matter what I did, he made sure to save me.
He says he loves me and that he always will.
Problem is, I’m too broken to love him back.
The Broken Rebel Brotherhood series consists of
three complete stories with guaranteed HEA’s. All three books can be read as a
standalone. Each book contains subject matter that some may find disturbing.
Reader discretion is advised.
ADD TO GOODREADS 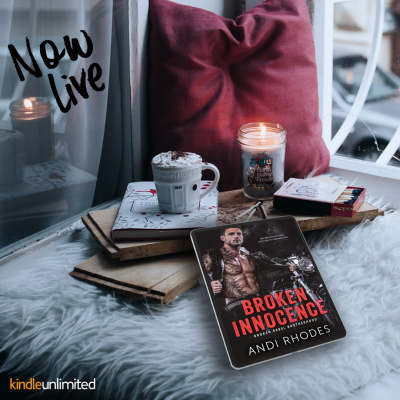 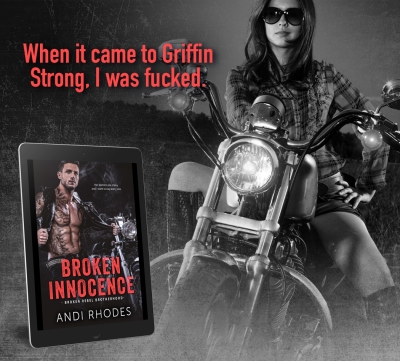 Excerpt
“You all right, man?” Micah asked, his tone serious.
“Yeah. Yeah, I’m fine. It’s just…” He wouldn’t understand. Nobody would.
“I know, Griff.” Micah placed his hand on my shoulder. I didn’t bother
trying to remove it. Micah wouldn’t budge. “We’ll find her. You’ve gotta
believe that.”
“Alive or dead?” I whispered.
“Huh?”
“Yes, we’ll find her,” I lifted my eyes to the ceiling and blew out a
frustrated breath. “But will it be alive or dead?”
“She’s a fighter, Griffin. We’re
going to bring her home.” Micah’s head twisted toward the kitchen as another
cry rang out. He turned back to me and squeezed my shoulder. “We won’t stop
until we do.” And then he was gone.
Of course we’d bring her home. I knew that. Leave no man behind. Dead or alive. Jesus, let her be alive.
I followed the sounds of laughter and made my way into the kitchen,
pausing at the door and taking in the sight of my family. No one acknowledged
my presence, and that suited me fine. Nell was putting some snacks out for
everyone. Micah and Sadie each held a baby, swaying to calm them. Doc and Aiden
sat at the bar shoveling food into their mouths as quickly as it hit the
counter.
She should be here.
I rubbed the ache in my chest as I walked the rest of the way into the
space.
“Finally.” Nell winked to soften the comment.
“Sorry,” I mumbled to no one in particular. No one acknowledged the
apology, nor had I expected them to. I knew they weren’t angry with me for my
broodiness, and certainly, they had an idea of the cause. With our shared past,
most of us had PTSD, causing some off
days. Sure, I’d been cranky and anti-social more than usual, but they
understood why. Partially, anyway.
The next hour was as close to fun as it could get. We ate, joked,
laughed, and ribbed each other. We talked about our time together in the Navy
Seals, regaling Sadie with more stories than she probably wanted to hear. It
all felt so…normal.
She should be here.
As Doc was reminiscing about his first day with the BRB, my phone
vibrated in my pocket. I ignored it, wanting to stay present in the moment.
When it vibrated again, and again, I gave in and took it out of my jeans. After
swiping my finger over the screen, I punched in the passcode, and my stomach
dropped as I read text messages from Jackson, the Sheriff.
Jackson: Possible break in the case.
Jackson: We need you. Be at my office in half an hour.
Jackson: Where are you?
Jackson: Call me, dammit! 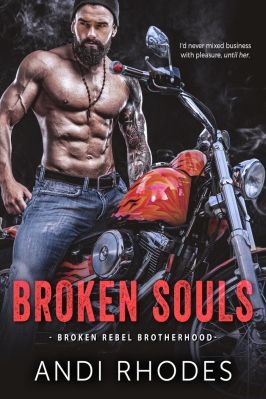 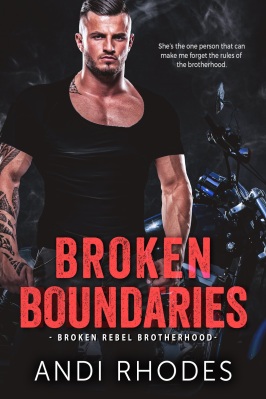 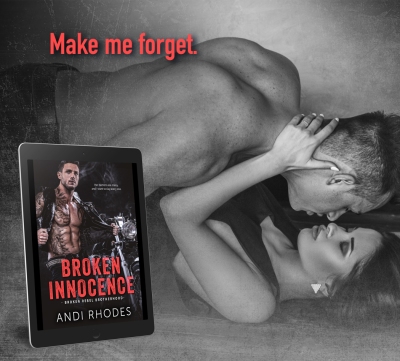 Andi is an author of contemporary romance who started her journey when
her career in social work was no longer her passion. Her books are sassy and
suspenseful with a heavy dose of sizzle and are guaranteed to deliver an HEA
and all the feels. She loves writing about alpha males and the women who tame
them. When she’s not writing, Andi is an avid reader of the romance genre and
prefers books that teeter on the edge of decent. She also loves spending time
with her husband and their pack of dogs. For access to release info, updates,
and exclusive content, be sure to sign up for Andi’s newsletter at
andirhodes.com, where you will also find links for Facebook and Instagram.
Author Links
WEBSITE 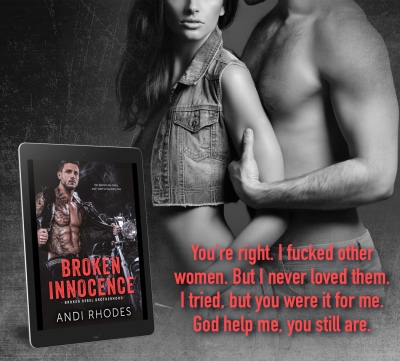 Griffin won’t rest until he finds Brie, he only hopes that she’s alive and not too broken when he finally finds her. He’s been looking for months, but he hasn’t had any leads. Everyone in the Broken Rebel Brotherhood is worried about both Griffin and Brie.

Brie has given up it’s been too long since she’s been taken, and she is convinced that Griffin is not coming to save her. She’s convinced herself that no one from her team is coming to save her. She fought at first, but she quickly realized that it did no good. Will anyone find her before the light completely goes out in her? She’s had to endure a lot in her life, and this may just be the one thing that really can break her. When she is rescued, she isn’t able to overcome her past while being coddled or constantly under someone’s watchful eye, so she decides to go it alone. The only trouble is, she doesn’t realize that Griffin won’t let that happen.

This story had me crying from the start. Brie is fighting for her life and decides to give up because she believes that no one is coming to rescue her. She’s a fighter but this is too much. I am loving this series and I look forward to Aiden’s story. If you are looking for an MC story with a twist, you should read the Broken Rebel Brotherhood series. It’s not your regular MC series. These members are all about protecting those that can’t protect themselves and they will go to any length to make sure that justice is served on those who hurt others. They are retired special forces and have their own dark pasts, but they are a family that has each other’s backs no matter what.