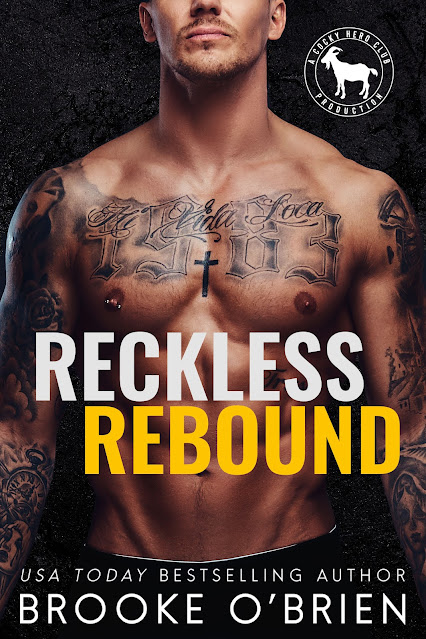 Title: Reckless Rebound
A Cocky Hero Club Novel
Author: Brooke O’Brien
Genre: Contemporary Romance
Release Date: October 30, 2022
Vi Keeland and Penelope Ward are excited to bring you the Cocky Hero Club: original works from various authors inspired by Keeland and Ward’s New York Times bestselling Cocky Bastard series.
BLURB
Jaxsen Wild has landed himself in hot water with the NBA.
After letting his temper get the best of him during a game, he’s slapped on the wrist with a warning—get your act together, or your career and the championship with the Miami Blaze is on the line.
He wasn’t looking for love, and he certainly never saw Emmy coming when she crashes into him at the airport. Jaxsen is used to women using him for his money and the media dragging his name through the mud.
The last thing he needs is another scandal with his name plastered in the headlines. Still, something about how she has no idea who he is, draws him in.
Learning her ex cheated on her has Emmy swear off men and relationships forever. All she wants is one night of passion to forget everything—no strings attached. Who better than Mr. Tall, Dark and Dreamy staying at her hotel after their cancelled flight leaves them stranded in the city?
Except Jaxsen wants more than one night with Emmy, and he isn’t ready to let her go so easily.
When word gets out about their relationship and Jaxsen finds out the secret she’s been keeping, Emmy fears he’ll believe she’s using him like all the women before her.
Or worse, he’ll live up to his bad boy reputation and turn out to be as much of a player off the court as he is on it.
ADD TO GOODREADS 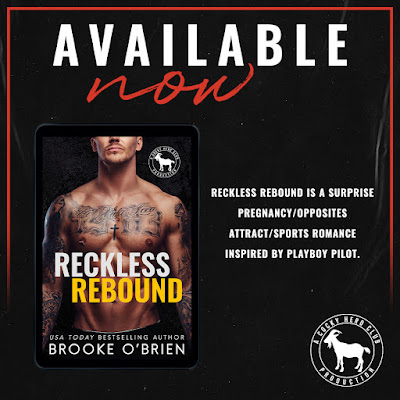 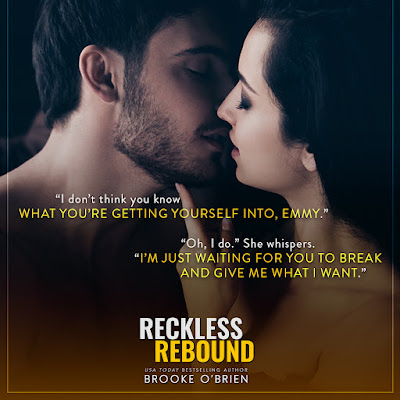 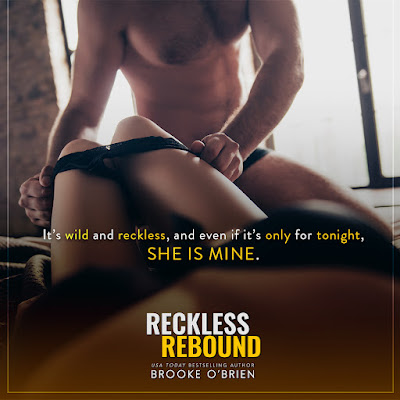 AUTHOR BIO
USA Today Bestselling author Brooke O’Brien writes steamy and swoon-worthy contemporary romances.
She believes a love worth having is worth fighting for, and she brings this into her stories where her characters risk it all for love.
If Brooke’s not writing or reading, she’s probably spending time with her family, binge-watching the latest crime documentary, indulging in chocolate, or watching Hawkeye football or NBA basketball.
AUTHOR LINKS
READER GROUP
INSTAGRAM
FACEBOOK
TWITTER
TIKTOK
WEBSITE
COCKY HERO CLUB