Brio: vigor or vivacity of style or performance.
No other word could better describe Brio “Lilo” Valentino. He came into my life uninvited when something in my voice spoke to him.
A fragility that couldn’t mask the pain.
From the beginning, he warned me that we were different. He was darkness. I was light. His Lucila.
Despite our differences, we fit together perfectly, like a lock and key. I had no choice but to let him in. Once inside, he picked me up off the floor and gave me hope for a brighter future.
The thing about darkness and light, though? They always create shadows. And the bloody secrets between us followed us around, keeping us separated, until we were forced to face them.
Choices have consequences—and I wasn’t sure whether ours were ruthless enough to keep us apart forever.
*Previously released in the Not Over You anthology. Now with an exclusive epilogue! 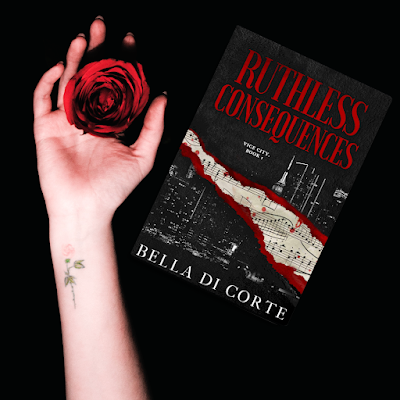 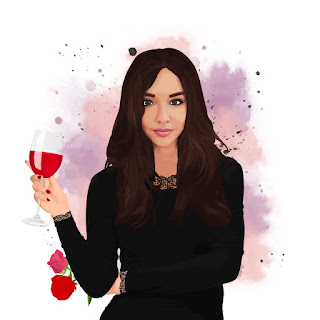 Bella Di Corte writes criminal romance that will steal your heart. She brings to life stories of men who walk the line between irredeemable and savable, and the women who force them to feel. She’s known for her rich world building and strong characters. She’s also an International Bestselling Author.

Apart from writing, Bella loves to spend time with her husband, daughter, family, and four dogs. She also loves to read, listen to music, cook recipes that were passed down to her, and take photographs.

She loves to connect with readers, so don’t hesitate to fill out this form if you’d like to reach out. She’s also on Facebook & Instagram (where she attempts to show off the previously mentioned photos).

Bella was born and raised in New Orleans, a place she considers a creative playground.

To learn more about Bella & her books, visit here!

Brio “Lilo” Valentino is a man that loves his mother and tolerates his father, but his father tolerates him too. The only thing that brings father and son together is Carine, Brio’s mother. She’s a woman with a big heart that helps out troubled youth by teaching them music. His father runs the family bakery that has been open since his grandfather moved to America to live the American dream. Lilo is intense and ruthless. He’s a dangerous man and if you cross him, you’ll learn just how ruthless he is.

Lucila Girardi is a young girl trying to hide from the pain and memory of loss. She copes with a strange mechanism and when she is referred to Carine Valentino for music lessons, her eyes are opened, and a new path is formed for her. Better than the darkness she was slipping into or is it. When Lucila and Lilo meet for the first time, it’s like no one else is present. He’s dark and she’s light.

This was a tragic, beautiful story of two people finding each other, going through terrible pain, going their own ways, and then finding each other again. It’s tragic, painful, heart wrenching, and action packed. The life that Lilo lives is not for the faint hearted and when his whole world is threatened, he will stop at nothing to protect his family and Lucila. These two have a lot to go through and overcome but in the end, they were made for each other, and their tragedies bring them closer together. I love the characters and the story. Ava is a wildcard, and I can’t wait to read her book. I give this book a 5-star review and look forward to the next book in the series.