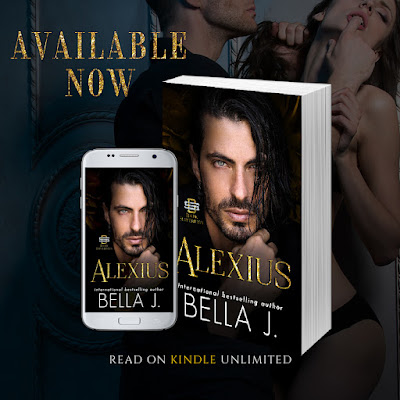 5 Star TDC Book Reviews – “This was a highly entertaining and addicting story that kept me on the edge of my seat throughout.”

5 Star caffe.and.books – “Intense, wicked and suspenseful goodness, I couldn’t read it fast enough yet I didn’t want it to end.”

5 Star Goodreads Review – “I LOVE Mafia Romance and this author has a way of spinning a story that makes you feel as if you’re a part of the story as you read it.”

I’ve never met him. Never even seen him.
But I’ve heard the whispers. The rumors. The stories about him being as cruel as his father. Maybe even worse.
They say his presence wraps around your throat whenever he enters a room. And that’s exactly what I feel the moment he walks into the diner where I work, and I hear people breathe out his name.
Alexius Del Rossa.
They call him the crown prince of the Dark Sovereign—a society of men who own everything but the weather in this town.
Men say he has ice in his veins, and women talk about the corrupted heart in his chest. He’s the kind of man you pray never to cross paths with. The kind of man a girl like me has no chance of surviving.
But while his eyes trap mine, and his magnetism touches my skin, I’m unable to move when he forces me into a corner and hands me an envelope.
It’s an offer.
One I can’t refuse.
See, I have nothing. No family. No friends. No home.
I can disappear and no one will know.
And that is exactly why he chose me. 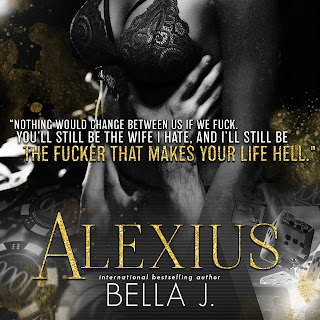 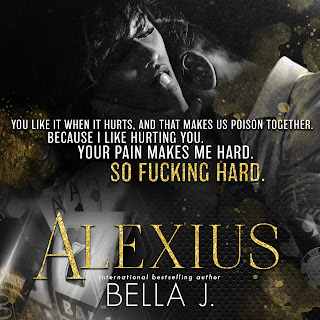 Alexius is the first born of the Del Rossa family and slated to take over for his father soon. He’s dark, deadly, ruthless, and unforgiving. His father wants him to marry to make his position as the head of the family and the Dark Sovereign stronger, but Alexius doesn’t feel he needs any more strength than his name and reputation. So, he decides to find a wife that is disposable, however what he finds is so much more.

Leandra is a woman that is barely living. Her home life as a child was dismal and her adult life is a struggle. Now that she’s free of her mother’s torment, she wants to find a way out of her current life, but with no options she’s stuck. Until a ruthless man walks into the diner she works and hands her a black envelope with a proposition. Leandra is not a trusting woman and when she reads the letter inside the envelope she declines his offer, but Alexius won’t take no for an answer.

This story is brutal, dark, and tragic. It’s also a story of a woman that may be able to find her way out of the darkness that she’s lived her whole life, but she will have to find a way to trust the man that has given her the opportunity. Leandra and Alexius are an explosive couple but when they begin to find their footing with each other their relationship could be explosive in other ways. Leandra may be a “stray”, but she doesn’t take any of Alexius’ harshness. She may be intimidated by him, but she won’t cower to him. I really liked this story, and the characters were great. I look forward to more of the Dark Sovereign books to come and Nicoli’s story. These brothers are close and have each other’s backs, but there is a threat, and no one knows where it’s coming from. It could put the whole family in danger. I give this book a 5-star review.