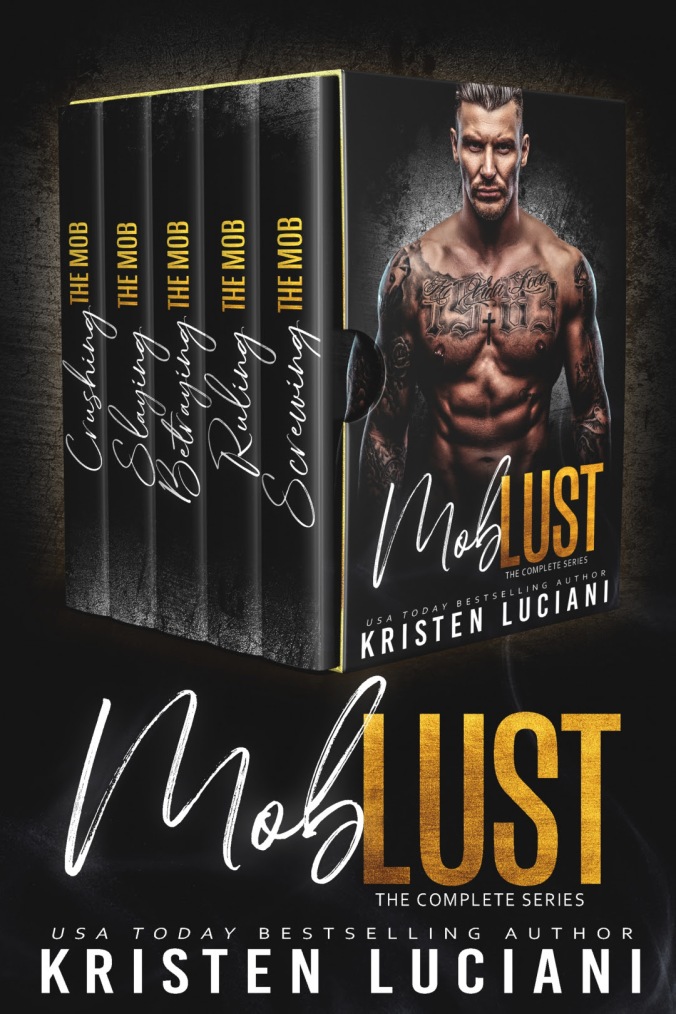 Wow talk about a dysfunctional family that are loyal, ruthless, and entertaining, the characters in this series are just that. They aren’t always loyal to the Salesi Mafia family like they should be, but they are loyal to a fault. A series full of Lust, danger, twists, and lovable characters.

This series includes the story of:

Nico Salesi and his best-friends little sister, Shaye. Their story is complicated. They grew up together and even though their families are part of the Salesi Mafia family, their parents have had a divorce of sorts. Shaye’s parents are not a tight with Nico’s as they once were because her father became too greedy. Nico tries to keep Shaye away and safe, but his feelings for her are too ingrained to keep her away. Besides, she won’t let him dictate her life to her anyways.

Max and Sloane. Sloane was not raised in the Mafia, but she has been Shaye’s best-friend forever and although they all think she has no idea who they are, she is not a dumb girl. She’s watched The Soprano’s. Max and Sloane’s story is a story of Max making so many mistakes that he almost loses his girl. His past choices and mistakes will come back to haunt him and Sloane, and they have a lot to overcome to move on and find their HEA. Max finds the reason to be a better man and there is no stopping him once he finds it and figures out what he wants out of life. I love Max and his loyalty is hard to ignore. He may not always have his head in the right space, but his heart definitely is.

Rocco and Kat’s story is a story of two lethal people who fight their attraction and tell themselves that they can’t go there. There are too many secrets between these two and they could destroy both of them or they can make them stronger. They come from two different families, but their families work together. Kat has survived a devastating loss and is looking for closure, but she doesn’t have all of the facts and no one wants to tell her because she can be a lose cannon. Rocco is the only person who can save her and set her on the right track to live her life and find peace. Even with the huge secret he has kept from her. I loved these two as well.

Then there was the Bonus Book: Fatal Lies. It is a story to two people who found each other in the most in opportune time, but the heart wants what the heart wants. These two are fighting for their lives and have a huge secret between them, but Braxton has made promises to Loren as well as kept the truth from her so that he can protect her. Loren is running for her life because she was in the wrong place at the wrong time. Braxton is looking for redemption as well as closure. These two are fighting to stay alive.

I loved these stories and had a lightbulb moment after reading Rocco and Kat’s story. It took me that long to figure out she’s the crazy cousin of the Severinov’s. I read their stories first and now I understand so much more after reading Kat and Rocco’s story. If you like Mafia, Bratva, suspense, men who will do anything for their families, and women who keep their men on their toes, then you will love this series. I did and I give it 5-star review for all of the books in the series.