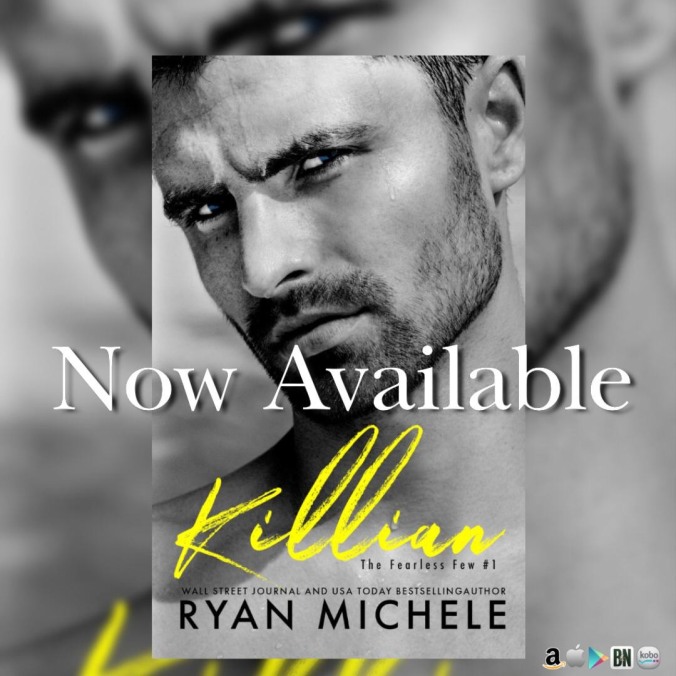 Wow! Talk about a take charge kind of guy, Killian is that man!

Ellie would do anything for her best friend Bri, no matter the time of day, what the situation, she will be there to help her or rescue her. She is her Ride or Die. When Bri calls Ellie one night to come rescue her from some guys at a house party, neither one of them are ready for the what will happen next, nor do they realize the situation they are both in.

Killian noticed Ellie years ago, but he wasn’t ready for her then. When he happens to see her someplace, she is not supposed to be he finds the chance to claim her as his. Her reluctance will not deter him one bit. He has known for years that she would be his forever, now he just has to make her understand that. It will take more than his words though, as the situation that brings them back together makes Ellie think that he is only trying to protect her. Little does she know that his protection will be for the rest of her life.

I loved this story. From the first page to the end, this book had me enthralled. I wanted to know Killian’s past, the connection these two had, and how things were going to end up. I was pulling for Killian the whole time, but Ellie’s sassiness, strong will, and independence really gave Killian a run for his money. The danger these two face and the end result just kept my mind glued to the story and I hated to see it end. I look forward to more of the guys that work with Killian, and hopefully Elliott’s story as well.

I give this story a 5-star review and recommend it to readers who like women that think for themselves, have their lives together, and find the one man who can tame them, as well as Alpha men who just take what they want when they find that woman that can tame them. If you like men that work right at the line of legal and illegal, you will enjoy this story.