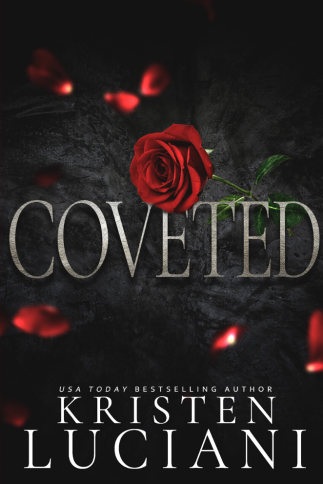 Julia is a talented woman who never takes for granted the opportunity given to her growing up by her parents and the sacrifices they made to let her achieve her dream. She’s talented and giving. She gives that talent back as well as makes it possible for other children to achieve their dreams even if their parents can’t afford to help them.

Antonio has a chance meeting with a beautiful woman who steals his heart and his mind. When she tells him that they can’t be together, he takes it hard, but he abides her wishes. That is until he finds out who she really is and that she is in danger. Now he’ll everything in his power to save her and make sure that no harm comes to her ever again. He’s ruthless, dangerous, and determined to take out those that want to hurt her further.

I am loving this series just as much as I did the Severinov Bratva Series. The Marcone’s are just as dark, deadly, and dedicated to their family as the Severinov’s are and they will get the woman that has their heart and they will protect them for life. This story is action packed, a bit disturbing, and so well written. I give this story a 5-star review and highly recommend Ms. Luciani’s Severinov Bratva series as well the Men of Mayhem series, I can promise if you like action, Alpha males, tough heroine’s, mafia, and dark stories, you won’t be disappointed in this series.